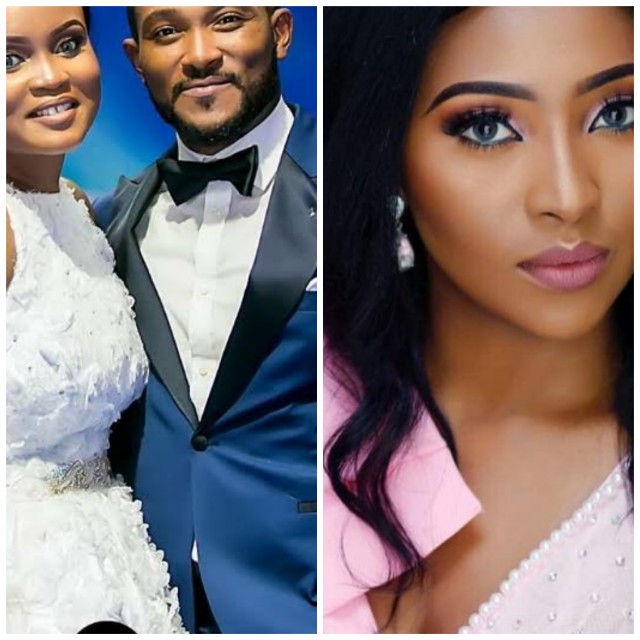 Union between Nollywood actor Blossom Chukwujekwu and Maureen Esisi which held in 2016 seems to have packed up as insiders allege he married his wife Maureen with his heart in pieces after his girlfriend Lilian Esoro dumped him and married Ubi Franklin.

Sources say, Blossom has packed all his belongings and moved out of his Matrimonial home three weeks ago. He was also said to have informed his inlaws, that he is no longer interested in marrying their daughter, Marueen.

According to a confirmed gist, the couple had problems conceiving and just when family decided to help them out with IVF, Blossom opted out.

Over the months,Maureen has flooded her social media handle telling of their beautiful Marriage with fans “Awwwwwing” and “Ohhhhhing” with several tapping into their blessings.

It is believed that Blossom and his former girlfriend Lilian Esoro have gotten back together and the actress is pregnant for him. Blossom is currently not available to any of his friends and there are whispers he moved in with Lilian.

Meanwhile, Lilian Esoro has denied report of been pregnant for Blossom. Efforts by Zebra News to speak with Maureen and Blossom probes abortive as both refused to answer their calls.

8 Signs To Watch Out For, If You Suspect Your Wife Is Cheating

President Buhari To Dissolve Cabinet On His Return From U.K

I Am Still In A Relationship With Apostle Johnson Suleiman –...

Rapper Falz Meets With Diddy In California, Shares Video Of The...