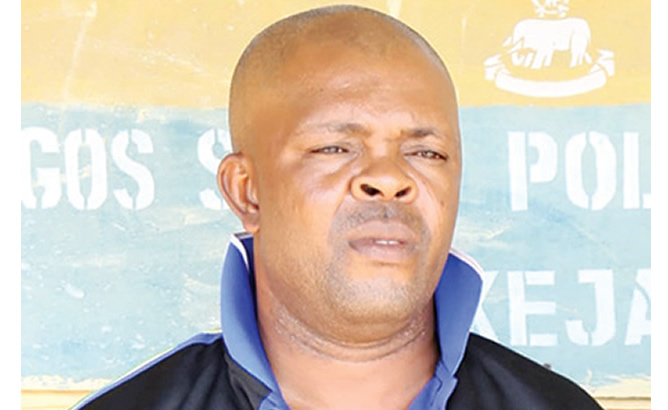 The arm of the Lagos State Police Command has clawed one of its own as it confirmed the arrest of the Divisional Police Officer (DPO) of Ilemba Hausa Division, Yahaya Adesina, for allegedly shooting one of the police personnel attached to the station, Sergeant Onajide Onalaja, while dispersing a crowd in the Ilemba Hausa area of the state.

This was sequel to the order of the state Commissioner of Police, Hakeem Odumosu, for a probe of the allegation by Onalaja’s family that Adesina shot dead the cop and attempted to conceal the crime.

However, in a follow-up reaction on Tuesday, Elkana said Odumosu had ordered the Officer-in-Charge of the State Criminal Investigation and Intelligence Department, Panti, Yaba, Deputy Commissioner of Police, Yetunde Longe, to take over the case and conduct a neutral investigation to unravel the true circumstances surrounding Onalaja’s death.

The deceased’s wife, Folasade, had urged the police authorities to relieve the DPO of his duty pending the outcome of the investigation.

In a statement on Thursday, Elkana said Adesina had been arrested and was being detained at the SCIID following reports that he shot the sergeant while dispersing the crowd that gathered in front of the station.

Elkana further claimed that Adesina’s rifle had been retrieved, adding that the command had ordered an autopsy to be carried out on Onalaja’s corpse.

Furthermore, the command also confirmed the arrest of an inspector attached to the Ikotun Police Division, Charles Okoro, for allegedly shooting dead a cleric, Fatai Oladipupo, in the Obabayi area of Ikotun.

The PPRO noted that Okoro had been subjected to orderly room trial, adding that he would be tried in a conventional court if found guilty.

Fuel Price May Increase as Brent Stablizise Around $35/barrel

We Don’t Need The Senate In Nigeria, It Should Be Scrap – Fayemi

OMOZUWA: Group places 500,000 naira bounty for anyone with killers information

OMOZUWA: killers of UNIBEN student to be arrest soon – Police

NYSC certificate of Bayelsa deputy governor is a scam – DSS

I Killed My Wife Out Of Anger – Husband