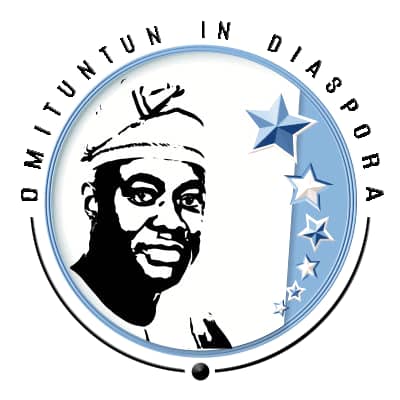 A socio-political support group of the Oyo State government, Omituntun Initiative in the Diaspora (OID), has said that the successful transfer of the ownership of Ladoke Akintola University of Technology (LAUTECH), to Oyo State is a testimony of Governor Seyi Makinde’s commitment in transforming the state and the education sector.

According to the group, the resolve of the 14-year joint ownership tussles of the tertiary institution between Oyo and Osun states, that was eventually ceded to Oyo State is a landmark achievement.

The group commended Governor Makinde on the success of the resolution, describing the development as a giant stride for the entire state.

The spokesperson of the group, Ayotomiwa Adebayo said that the consistent effort of Governor Makinde towards the development of education sector in the state has again achieved a milestone following his decision in giving education a priority and making it the first in the atate budget as enshrined by UNESCO standard.

“Governor Makinde has again proved that he is committed to change the narrative of the state and this development is evidence of his vision,” he added.

OID Coordinator in Oyo State, Dr Aaron Ogundiwin, said Governor Makinde has possessed rare qualities of good leadership style and outstanding as a record-breaker in fulfilling his campaign promises to the good people of state, who are now enjoying the dividend of democracy since he resumed office.

“As a group, we will not relent in supporting the State government in transforming the state, especially in the education sector as well as building visionary leaders in the atate and the country at large,” he added.

LAUTECH alumnus and the group coordinator in Dublin, Mr Kehinde Oluwatosin, TPL, emphasised that LAUTECH as a technology-driven university will soon be ranked among the global institutions where students across the world following the development.

He also expressed optimism that LAUTECH, with proper funding under Governor Mackinde- administration, will live up to its expectation as the best university of technology in Africa.

The group’s coordinator in Hungary, Mr Adebowale Fafore, also commended Governor Makinde’s position on his claim that ‘it is a win-win for everybody, the students, lecturers as well as the stakeholders of LAUTECH,’ as it will chat a new course for the institution to excel.

“We in the Diaspora are excited that the lost glory of the institution has eventually been restored and normalcy will come back in LAUTECH.

“Students are delighted, parents are grateful, lecturers are happy, and everybody will always remember this as history. Both Governors Makinde and Oyetola have indeed played maturity and displaced selfish interest by putting education first over politics. History will not forget this, and we are hopeful that the development will open the door for foreign investors to partner with the institution and invest in the State,” he added.

OID Executive in the UK, Mr Samson Oloyede, noted that Governor Makinde’s stewardship has transformed education sector as well as other critical sectors which results are being felt all over Nigeria and in the Diaspora.

“His Excellency, Governor Makinde has turned his manifesto into a blueprint for the implementation of well-articulated policies that have become a template for other governments to emulate in piloting the affairs of good governance in their respective states,” he said.

COVID-19: Makinde Appeals To NCDC, WHO For Certification Of IITA Testing...