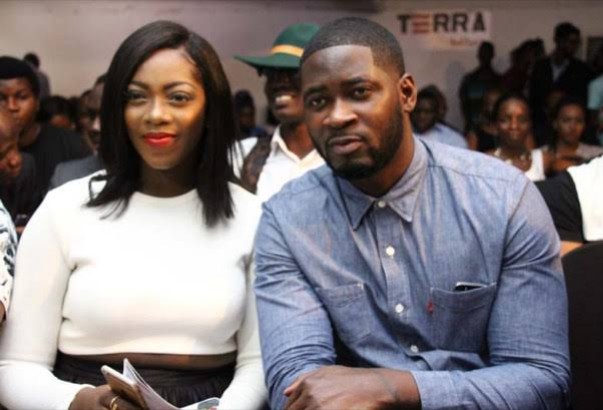 Tunji Ibrahim Balogun better known as Teebillz, the ex-husband of embattled Popstar, Tiwa Savage, has taken down all the pictures of himself with his son, Jamil.

He also took down other images where he appeared with his children on his verified Instagram page. This is coming amid the leaked sex tape of his estranged lover which has gone viral on social media.

In one of the now-deleted posts on Instagram, when Tiwa revealed she was being blackmailed Teebillz however said: “All I know is a great mother for my mini me. Let that sink in your head before u msg me on some BS!

“Parents are humans too. I be on my BS too but that don’t change my Great father figure”. The video has continued to generate widespread reactions on several social media platforms.

The “Somebody’s son” crooner had already owned up to the trending video. She confirmed the sex video, saying she is aware of the implications it might cause her, stating “It’s a tiny clip but it’s me and it’s going to be out there forever. There are probably going to be memes.”

My Product Has Nothing to do With Voodoo, I’m Out to Assist Women That...

Joke Silva Celebrates Son With Prayers On His Birthday

I’ll Give You Full Day Of Good Sex, If…– Actress princess