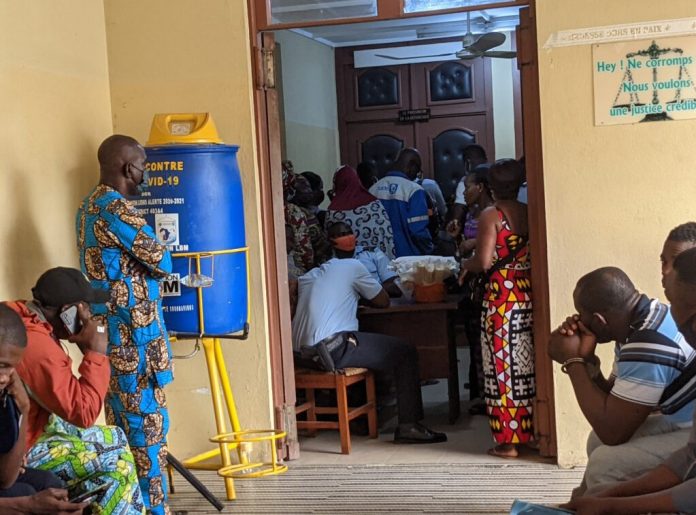 Journalists and supporters of Sunday Adeyemo, the Yoruba Nation activist popularly known Sunday Igboho, have been barred from witnessing his hearing.

Igboho’s supporters have been in court as early as 7:30am on Monday, anticipating the arrival of the Yoruba youth leader, who has been in detention since Thursday.

There was, however, no sign of Igboho. Many detainees were brought to court for hearing in minibuses, but none of those buses had Igboho in them.

His trial was scheduled for 10am on Monday. A source within the courts, however, told TheCable that Igboho had been brought to court earlier than anyone else to avoid the possibility of any drama or clash.

The court staff added that Igboho was now at the “phase of law enforcement” in the court, and was currently indoors with the prosecutor in charge. Idris Oladejo, Igboho’s cleric, also confirmed to TheCable that his friend, whom he “had been fasting and praying for, is in court”.

Beninese monarch who came to court to support Igboho has also been sitting outside the courtroom. Police officers, Igboho’s supporters, other detainees and journalists are outside anticipating information from the prosecutor’s office.

READ ALSO:  Obaseki Accuses Oshiomole Of Attempting To Remove Him As Edo Governor, Says He Is Not Leaving APC

Why Married Couples Should Have Sex Regularly

Pastor & Deaconess Fred And Others Set To Be Honour And...