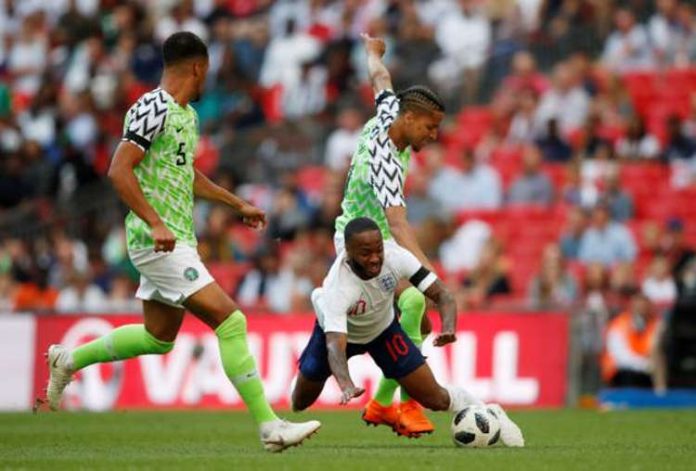 England-based Victor Moses and Alex Iwobi have been named in Nigeria’s starting line-up for the international friendly with England on Saturday. Both countries are using the tune-up to prepare for this year’s Fifa World Cup in Russia.

Young goalkeeper Francis Uzoho would be working with William Ekong, Leon Balogun, Bryan Idowu and Shehu Abdullahi in the team’s defence, while Ogenyi Onazi has a role to play in the Eagles’ midfield.

On their side, England manager Gareth Southgate has named Tottenham forward Dele Alli, who has Nigerian root, in his starting line-up, with fellow Spurs team-mate Harry Kane leading the side.

Four Nigerian Football Stars Locked Up In India – See Why