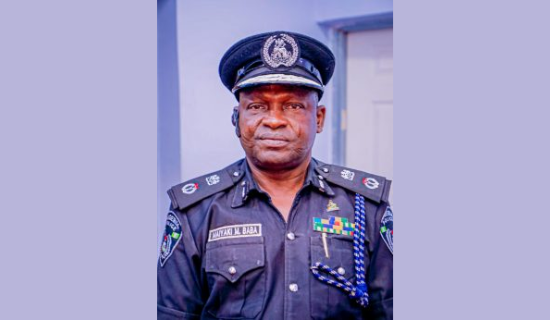 The Nasarawa State Police Command says it has rescued two female pupils out of the six pupils kidnapped at the Local Government Education Authority Primary School, Alwaza, in Doma Local Government Area of the state.

Gunmen had invaded the school premises Friday morning and whisked away six of the pupils to an unknown destination.

The Police Public Relations Officer in the state, Ramhan Nansel, disclosed this in a statement made available to newsmen in Lafia on Saturday.

According to the PPRO, the two female pupils namely; Vision Judge and Peace Amos were rescued at 2:30pm on Saturday in a village located in Obi LGA of the state.

He said, “The Command in collaboration with sister security agencies, has rescued two females among the six pupils that were abducted yesterday (Friday) at LEA Primary School, Alwaza Village, Doma LGA. Their names are; Vision Umbugadu Judge and Peace Amos.

“The pupils were rescued at Sabon Kwara village, Jenkwe Development Area of Obi LGA, Nasarawa State, due to sustained pressure mounted on the abductors by the combined search and rescue team.

“The victims have been taken to the hospital for medical examination and shall be handed over to the Doma LGA chairman to reunite them with their parents.”

Nansel added that relentless efforts were ongoing to rescue the other pupils still in captivity unhurt, and arrest the perpetrators of the dastardly act.

READ ALSO:  Most of Our Victims Are From Dating Site - Arrested Kidnappers Confess

It’s Honorable To Be A Dancer Than A Treasury Looter –...

Ethiopian Plane Crash: No Survivors Among 157 On Board, One Nigerian...

I Raped Six Other Ladies, Before Raping And Killing Umoren –...