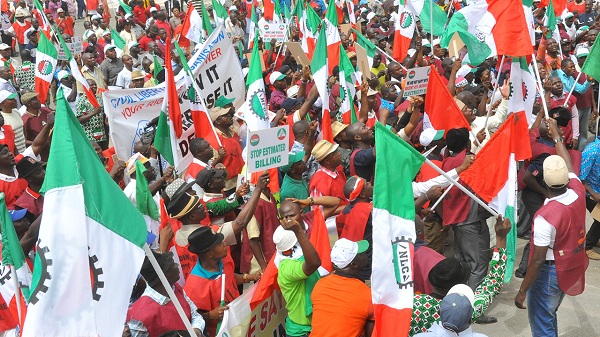 Despite the threat by the organised labour that it could not guarantee industrial peace if the Federal Government failed to meet its demand on the implementation of the new minimum wage by the close of work on October 16, 2019, the FG has yet to constitute a team to negotiate with the Joint National Public Service Negotiating Council.

The Minister of Labour and Employment, Dr Chris Ngige, had on September 28, during a visit by labour leaders in Abuja said a new government team would replace the old one headed by the former Head of the Civil Service of the Federation, Mrs Winifred Oyo-Ita.

During the visit to the minister in Abuja, Ngige said he and other ministers in the former negotiating committee were unable to be part of the first phase of the negotiation because the cabinet was dissolved and permanent secretaries took the places of ministers in the team.

He said the former government team made appreciable progress and promised that the new team would reach an agreement with labour over the implementation of the new minimum wage.

However, more than a week after the assurance was made and about 10 days before labour executes its plan, a source at the Ministry of Labour and Employment told our correspondent on condition of anonymity that there was no sign the team would be constituted immediately.

The source said, “I am not aware that a new team will be constituted this week. The presidency is busy with budget presentation for now. Government has not constituted the committee. I have not heard anything and I don’t know when it will be reconstituted.”

When contacted the Director of Information at the Office of the Secretary to the Government of the Federation, Mr Willie Bassey, said a statement would be made after the team had been reconstituted.

If You Have The Highest Number Of Votes, It Doesn’t Mean You Will Be...

We Are Not In Your Plans – Ijaw Youths Issues Warning To Oduduwa, Biafra...

If You Want To Live Long – Avoid These Foods

Border Closure Makes No Sense To Northerners – Ex-Director, Ministry Of...