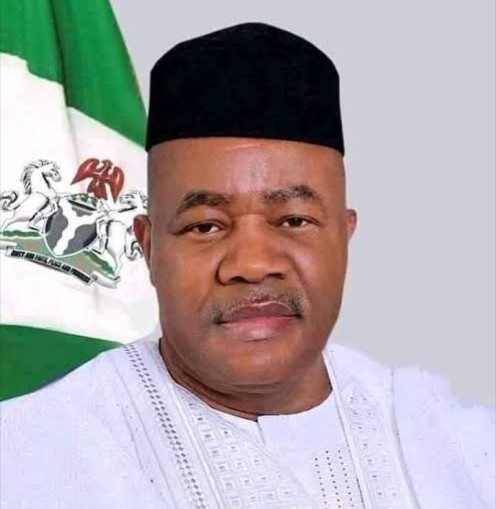 One of the leading militant groups in the Niger Delta region, Niger Delta Redemption Frontiers has reacted to a news report that the Niger Delta Affairs Minister, Sentaor Godswill Obot Akpabio bribed Government Ekpemupolo, alias Tompolo with $1million to halt his earlier agitation for appointment of the substantive board of the Niger Delta Development Commission, NDDC.

Recall that Tompolo had in May this year issued a seven-day ultimatum to Federal Government for urgent inauguration of a substantive NDDC baord, insisting that there was going to be consequences if a substantive board is not inaugurated at the expiration of the ultimatum.

Recall also that an online news medium had reported that Tompolo allegedly accepted the sum of $1 million USD as appeasement to cancel his earlier 7-day ultimatum, alleging that the conciliation is the reason why a substantive board is yet to be inaugurated for NDDC.

Briefing newsmen last weekend in Port Harcourt, one of the leading militant groups, Niger Delta Redemption Frontiers, NDRF said that there was never a time before, during or after the said meeting with the minister where any amount of money was given to Tompolo, describing the report as false and baseless.

Leading members of the group to the media briefing, the leader Abalagha Enai also known as Messiah said that the news report is only a figment of the writer’s imagination and warned perpetuators of evil news to stop distracting the Minister of Niger Delta Affairs, Senator Godswill Obot Akpabio and the Interim Administrator of NDDC, Mr. Efiong Akwa from carrying out with the good works of developing the region.

Messiah, who was seriously angry said: “President Muhammadu Buhari called for meeting of Niger Delta Stakeholders and pleaded that we should remain calm that a substantive board will be inaugurated immediately after the forensic audit is completed, submitted and accepted. We agreed with him. Not for anything, but for the respect we have for the exalted office of Mr. President. How then will someone come to say that Tompolo was bribed to back down on his earlier 7-day ultimatum for the board to be inaugurated?

“We’ve heard of so many reports against the Honourable Minister but all what we have to tell the carriers of evil news is that Senator Akpabio is doing well as minister. To say that funds in the NDDC are turned to personal use is a disservice to the revered minister. First, they should know that NDDC’s budget is still pending at the Senate and that the meagre funds expended by the commission is directly from the Presidency and available records show that it has been judiciously used. Or haven’t we seen that for the first time in the history of NDDC that abandoned projects are being completed and commissioned? Look at what will happen any moment from now as a result of the just concluded forensic audit.

“Also, Mr. Efiong Akwa’s tenure as the head of administration in NDDC is so rewarding. Let it also be on records that Akpabio is not try change the signature of Mr. Akwa in the Single Treasury Account, TSA. And it is not also true that Efiong is a puppet of Akpabio in the NDDC. Every payment done is documented and can be accounted for.

READ ALSO:  No Going Back - Reps Threaten to Proceed With Suit Against Akpabio

They should also know that Efiong is a Certified Accountant with many years of experience. Besides, the duo of Akpabio and Effiong won’t dare not try anything to tannish their image after going through the rough path of forensic auditing. Efiong has been consistent and pragmatic in his line of duties; always in the office to attend to issues demanding his attention and sometimes stays in the office into the wee hours of the night. He has never deprived anybody of his presence and we can boast of his erudite leadership qualities in the commission.

“On the issue of changing the signatory at the TSA, they acted out of ignorance. But it should be made known to them that it is only Director of Finance and Directorate of PMS in NDDC that are signatories to the TSA. Mr. Akwa does not have the power to effect such change. And Minister does not partake in the management of NDDC; he’s only a supervising minister.

“They also said that Akpabio threatened Akwa with a ‘sack’ when he refused to sign for payment. How did come about the information when they also said that it took place in a private meeting between the minister and the NDDC IA? Those are all fabrications from the minds of unclean fellows. They should have mentioned the payment Mr. Akwa refused to sign which prompted Akpabio say ‘pay or I sack you.’

“So, we want to use this as the greatest medium to warn perpetuators of evil things to desist from it or we will be forced to react in a more surprising manner next time. No man or group has the monopoly of violence. The people trying to create unnecessary tension in Niger Delta should desist from it. We also want to advise their sponsors to learn the ways of peace, which is the only way to achieve our long-desired development,” Messiah said.