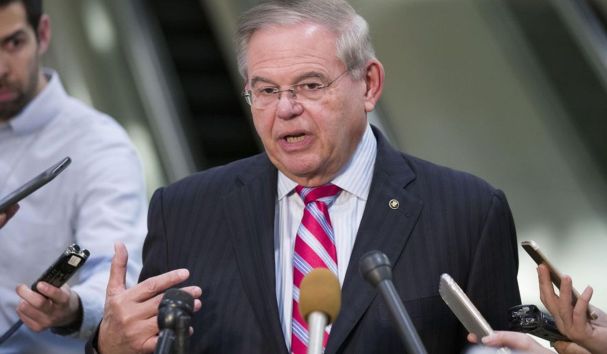 Menendez in a video addressing the world press conference with Sowore’s wife said; “He [Sowore] was released by court order. He should be released.”

“We are watching and we will continue to press and the consequences of anything happening to Mr Sowore will be far beyond any harm, that comes to him.””There will be consequences in our relationship with Nigeria.”

The Socio-Economic Rights and Accountability Project (SERAP) has via its twitter account petition the United States president, Donald Trump to intervene in the RevolutionNow protest leader’s case.

The group posted;
“Dear @realDonaldTrump Omoyele Sowore who is the husband of a US citizen Mrs Opeyemi Sowore, was violently re-arrested yesterday inside the courtroom after the court has granted him bail. “You’ve consistently committed to putting America first. That means speaking out for Sowore.”

READ ALSO:  Buhari Got To Know About Onnoghen’s Trial On Saturday – Osinbajo

Exclusive Interview With Harrysong aka Mr Song – By Edwin Usobo

What Many Don’t Know About My Relationship With Allwell Ademola –...