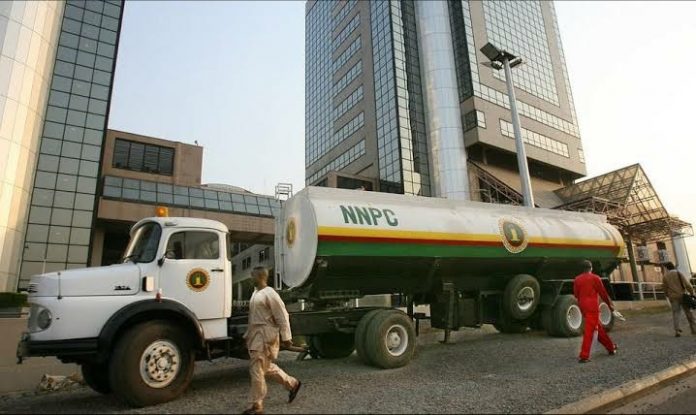 The pump price of the Premium Motor Spirit, also known as petrol, appears set to hit N160 per litre as the Nigerian National Petroleum Corporation has increased the price at which it sells the product to marketers from N138.62 per litre to N147.67.

The Petroleum Products Marketing Company, a subsidiary of the NNPC, had initially on Wednesday increased the ex-depot price of the PMS to N151.56 per litre, with marketers saying the product would be sold at between N162 and N165 per litre.

The ex-depot price is the price at which the product is sold to marketers at the depots. The N151.56 ex-depot price was announced in an internal memo to all stakeholders with reference number PPMC/IB/LS/020 dated September 2, 2020 and signed by D.O Abalaka.

The memo, a copy of which was obtained by Punch, said, “Please be informed that a new product price adjustment has been effected on our payment platform.“To this end, the price of Premium Motor Spirit is now one hundred and fifty-one naira, fifty-six kobo (N151.56k) per litre. This is effective from September 2, 2020.”

But the PPMC, in another internal memo dated September 2, 2020 with reference number PPMC/MOD/Sales/346 and signed by Onya Schola, reduced the ex-depot price to N147.67 per litre.

Amidst the different ex-depot prices, the Managing Director of the PPMC, Musa Lawal, told one of our correspondents that the first ex-depot price was wrong and should be discarded.

He said the company was investigating how the first memo went out, stressing that although it was from the PPMC, the figures were still being computed and had not been concluded.“That is not authentic. It is wrong and there is a price review which shall be communicated properly, but what came out early today is the wrong one,” Lawal stated.

Asked to provide the correct one, he replied, “The one that I saw today on the website of one of the dailies is the wrong one. As we speak the circumstances under which that happened are being investigated.“However, I cannot tell you more than this as the PPPRA (Petroleum Products Pricing Regulatory Agency) is the one to fix prices because we sell based on the guiding price from them.”

But the PPPRA on Wednesday decided to stay mute, as it did in August when the ex-depot price for the PMS was released by the PPMC. Its spokesperson, Kimchi Apollo, did not answer calls nor replied a text on the matter. The PPPRA’s silence on petrol price is contrary to what it said in March.

The agency had stated that it would be issuing a monthly guiding price for petrol, but in August it did not issue any and had remained mute since then.

Server Results: Judgment will Be based On Electoral Act, Not Social Media Videos – Keyamo