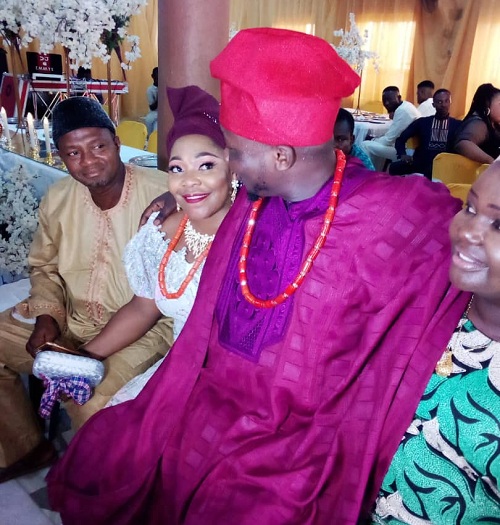 Nollywood actress, Ola Samuel is still ecstasy weeks after seen her self-performing the role of a mother to her sister who get married weeks

For sexy Nollywood actress who is one of the fast risen actresses in Nigeria film industry, there is no time to be in joyous mood than this period.

“I don’t just know how I felt that day. It was a great thing to perform that great role as a mother to my sister who got married recently. I wish her and her husband well in their matrimonial home

BREAKING: Davido’s wife to be, Chioma tests positive to Coronavirus

I Once Lived With A Ghost For Three Months – Nollywood...