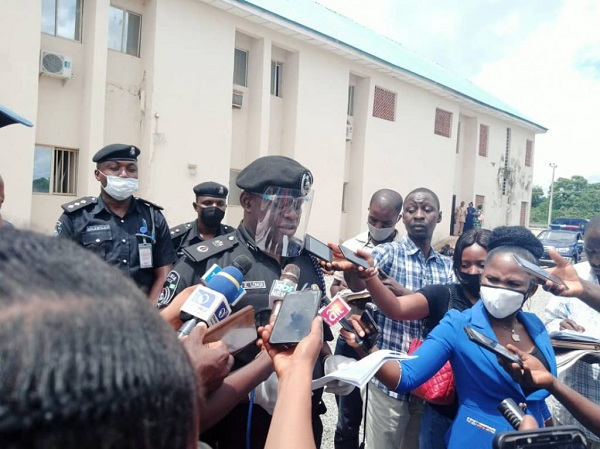 The Bayelsa State Police Command has arrested 27 suspects for alleged criminal offences ranging from armed robbery to kidnapping, murder, impersonation, car theft and vandalisation of high tension electric cables. The state Commissioner of Police, Mike Okoli, paraded the suspects, which included 25 males and two females, at the command headquarters in Yenagoa on Wednesday.

He said crack investigative teams of the police apprehended the suspects at different locations in Bayelsa, Rivers and Akwa Ibom states between December 2020 and January 2021. Among them were members of a four man gang Sunday Essien, Michael Clifford, Apena Akpabio and Ondogha Ebi who reportedly killed the driver of a Toyota Sienna they hired to drive them to Port Harcourt from Yenagoa in November 2020.

Okoli, who noted that the command acted on the report of a missing person, said, “On getting to Okobe community along Ahoada-Port Harcourt (East-West) Road, they instructed the deceased to park the vehicle so they could ease themselves.

“In the process, they stabbed the deceased to death inside the vehicle, threw him inside the bush and stole the vehicle. They later sold the vehicle to one Cletus John, 38.“The decomposing remains of the victim were recovered and deposited at the Federal Medical Centre mortuary. The suspects have confessed to the crime and they will soon be charged to court,” he added. Also paraded was one Ebiere Ezekiel, who allegedly stabbed his boyfriend, Godgift Aboh, to death following a fight at their residence in Yenagoa. The police also arrested one Promise Olive, who slapped his girlfriend, Esther Uko, twice, as the victim slumped and died.

What Adams Oshiomhole Will Do To APC Come 2023 – Rochas Okorocha

Nigerian Sentenced To 10 Years In Jail For Raping Teenage Girl,...

Most of Our Victims Are From Dating Site – Arrested Kidnappers...