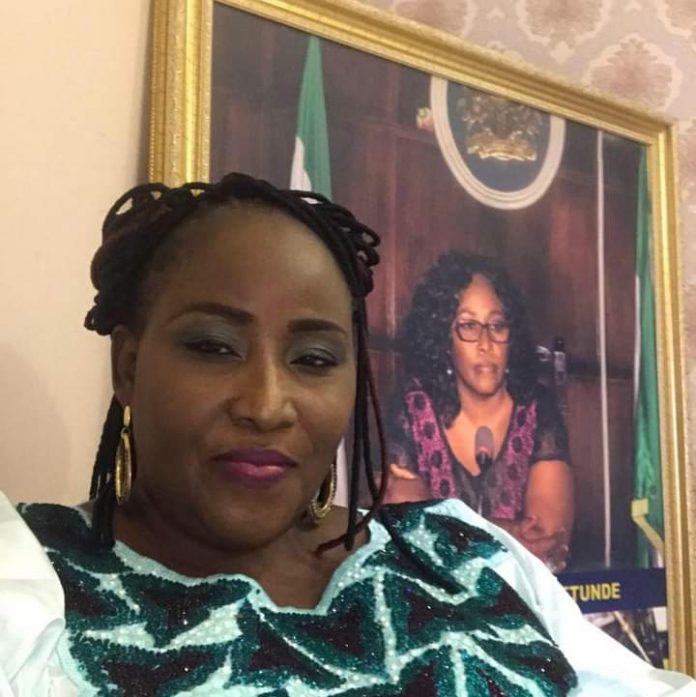 One of the political striker of the Peoples Democratic Party (PDP) in Ondo State, Rt. Hon. Jumoke Akindele, the former speaker of the Ondo State House of Assembly, has dumped the opposition PDP ahead of the governorship election in the State on October 10, 2020.

According to Starnews, Akindele confirmed her resignation from the PDP on Monday evening in Okitipupa, Ondo State. According to her, she would officially join the Zenith Labour Party (ZLP) today with all her followers across the 18 local governments of Ondo State in Okitipupa town, headquarters of Okitipupa Local Government Area of Ondo State.

But reacting to the massive defection of its members on daily basis ahead of the election, the Ondo State PDP, in a statement by the State Publicity, Kennedy Peretei, said though, everyone has a constitutionally guaranteed right of freedom of Association, but however, he added that ”quitting the party may hurt them personally more than it will hurt the party in the nearest future.”

He noted: “My reaction to those leaving is that everyone has a constitutionally guaranteed right of freedom of Association. However, it is incorrect to quit the party on the grounds of unfulfilled aspirations. Be they personal or those of associates. The PDP is a national party, unfulfilled aspirations can be fulfilled tomorrow. Therefore, quitting the party may hurt them personally more than it will hurt the party. That is the truth”

We Will Deal Ruthlessly With Anyone Hiding Information On Boko Haram...

Why Actress Juliet Ibrahim Chose To Embrace Herself

COVID-19: Forget Your Appointment If You Refuse To Be Vaccinated –...