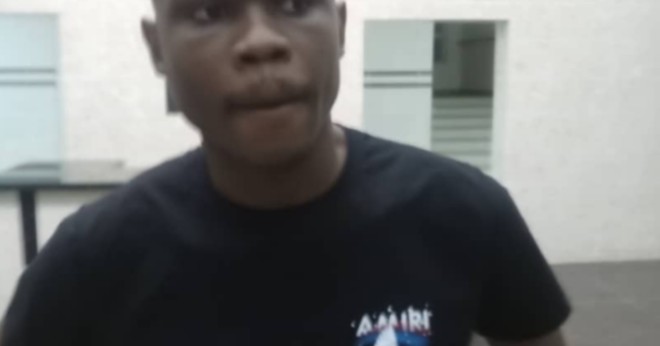 At a briefing on Tuesday, the foundation said the investigation was facilitated through FLAG’IT, its mobile application, initiated to tackle corruption and other societal vices.

Akin Fadeyi, AFF’s founder, identified the group’s kingpin as Ofoeyeno David, a 300-level student of media and communication studies, at the institution.

Other members of the group were listed as Omokolade Ayedogbon, Oyedele Adeolu and Darlington.

Fadeyi said the foundation got to know of the development after it received a notification via FLAG’IT on May 27.

He added that the foundation consequently launched a “covert investigation” into the matter and wrote to Mohammed Adamu, inspector-general of police (IGP), for support from the International Criminal Police Organisation (Interpol).

Fadeyi said the foundation thereafter contacted Bisi Fayemi, wife of Ekiti governor, who would later reach out to Afe Babalola, founder of the university, over the matter.

He said the outcome of its investigation revealed that the group usually approach ladies for relationship and would consequently lure them to send their nude photos for beauty pageant entries “after securing their trust”.

According to him, one of David’s victims got wind of the information on the foundation’s app, when she “almost committed suicide” after receiving ceaseless threats.

He added that on June 1, David had demanded N25,000 from the victim, who is a university student, which the foundation assisted in paying in order to unearth the group’s mode of operation.

The AFF founder said David has cyberbullied about 17 Nigerian girls across various universities in Nigeria, including Elizade University in Ilara-Mokin, Ondo state, and Kaduna State University.

Fadeyi revealed that David had been apprehended while a case has been filed before the federal high court, Ekiti judicial division.

He added that the foundation would leave no stone unturned to ensure justice is done.

Also speaking, Babatunde Wahab, the varsity’s students’ affairs officer, who confirmed the development, commended the AFF for initiating the investigation.

He said ABUAD remains committed to its philosophy of graduating students both in learning and character, while also assuring the institution’s support for the foundation to ensure justice is served in the case.

He also spoke on the “attempts by David’s mother to disrupt the investigation and trial of her son”, and expressed hope that justice would be served in the case which has been adjourned till December 10.

Court documents obtained by TheCable showed that David is facing a six-count charge bordering on felony and cyber bullying.

“That you David Ofoeyeno (aka Chaz) and others at large at large sometime between September 19 and October 2020 within the judicial division of this honourable court did conspire to commit felony to wit cyber fraud… You thereby committed an offence punishable under section 27 of the cybercrime (prohibition prevention) act 2015,” the charge read. If convicted, Ofoeyeno could spend three years in prison, according to the Cybercrime (prohibition, prevention) act, 2015.

REVEALED: Why Funke Akindele and her Husband was Prosecuted and Naira Marley Freed

All I Need To Empty A Victim’s Bank Account – Fraudster...