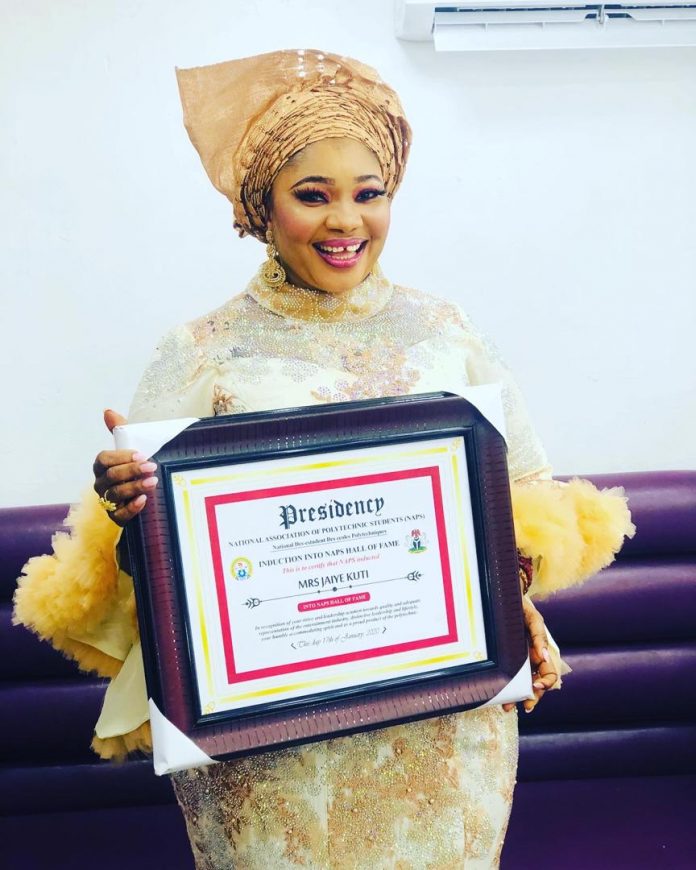 When honour is given to the deserving, it is a vital incentive for others to work honestly for it and by so doing, we are part of the overall effort to rebuild our society and society is better for it.

It is upon this premise that the leadership of NAPS- the umbrella body for all polytechnics, Mono-technics, Colleges of Technology and other allied institutions awarding ND and HND in the country has identified and celebrated one of their own, a proud product of the polytechnic.

Jaye who is a graduate of Federal Polytechnic, Ilaro was inducted based on her antecedents and contributions to the Polytechnic sector in the country and also as a product of the sector. The event which took place at the inductee office in Lagos was graced by friends and staffs of the inductee. 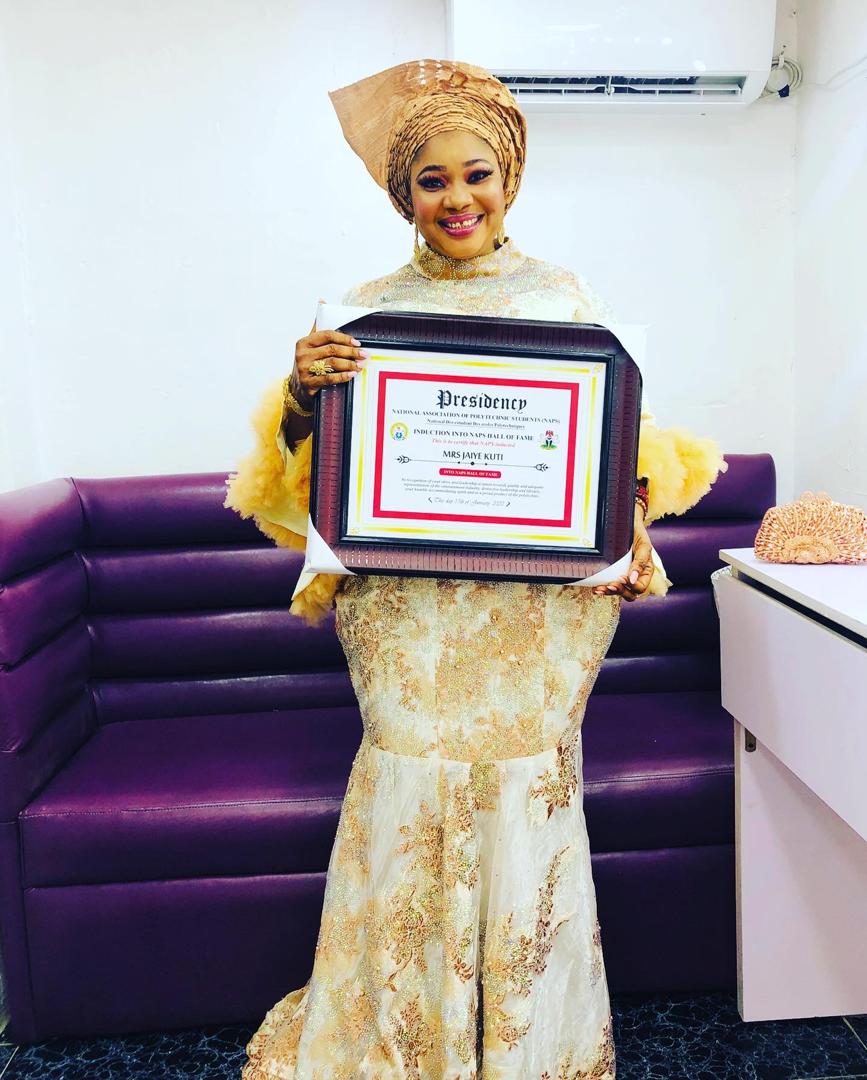 In his words, the leader of the delegates of NAPS, Temitope Joseph described MRS JAYE KUTI has a woman of vision who has systematically and purposefully achieved, he further described her as a trailblazer, a good ambassador of the Polytechnic and an actress per excellence.

While reacting to the induction, Jaye appreciated the leadership of NAPS, promises to be a good ambassador of the Polytechnic, put in her possible best to be a pacesetter which the organization will always be proud of.

She also pledges her support for the association. Jaye Kuti is an actress and CEO, Jaylex Aesthetic Production, a company that specializes in film, television, and video production in the city of Lagos.

Glitz Glamour And Paparazzi As NMNA Ends In Fanfare (Photos)

Why Super Eagles May Play Egypt In Asaba – NFF

Alleged Certificate Forgery: I Am A Victim Of Blackmail – Adeleke