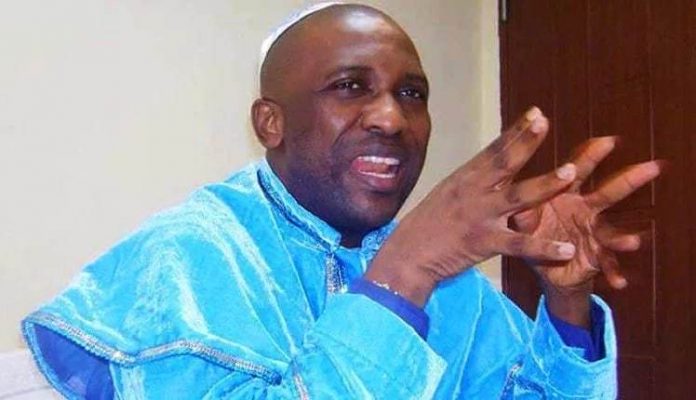 I don’t really know what to call him anymore, his prophecies keeps getting me stunned. It is not easy to have over 10,000 thousand fulfilled prophecies ,it shows that the hand of God is really on him.When Herdsmen were deceiving people by going about with cow, he was the first prophet to tell Nigerians that they were not Herdsmen but terrorists on deadly missions. I’m even tired of talking about his prophecies because they keep getting fulfilled, just as he told Nigerians that the CJN was incapacitated, many didn’t believe him until the CJN himself resigned do to health issues, I think he should be called the Nostradamus of Nigeria.

Primate Ayodele is an international prophet because he gives international prophecies, he said that Donald Trump will face litigations when he leaves office and it happened, before Joe Biden became a presidential candidate, he prophesied that the only man that can defeat Donald Trump was Joe Biden, he finally became the presidential candidate and won the election. One of his international prophecies got fulfilled today as the prime minister of UK, Boris Johnson resigned today, what a global prophet.primate Ayodele has become an international voice in the area of prophecy, that is what makes him different from the prophets we had in the 70’s, 80’s and til date, that is why he is unique from other prophets .

I Will Patiently Wait For INEC, I Don’t Have Ears For...

COVID-19: Federal Government, WHO Disagree Over The Use Of Chloroquine

Unemployment, Poverty Is The Reasons Many of Our Youths Consider Terrorism...