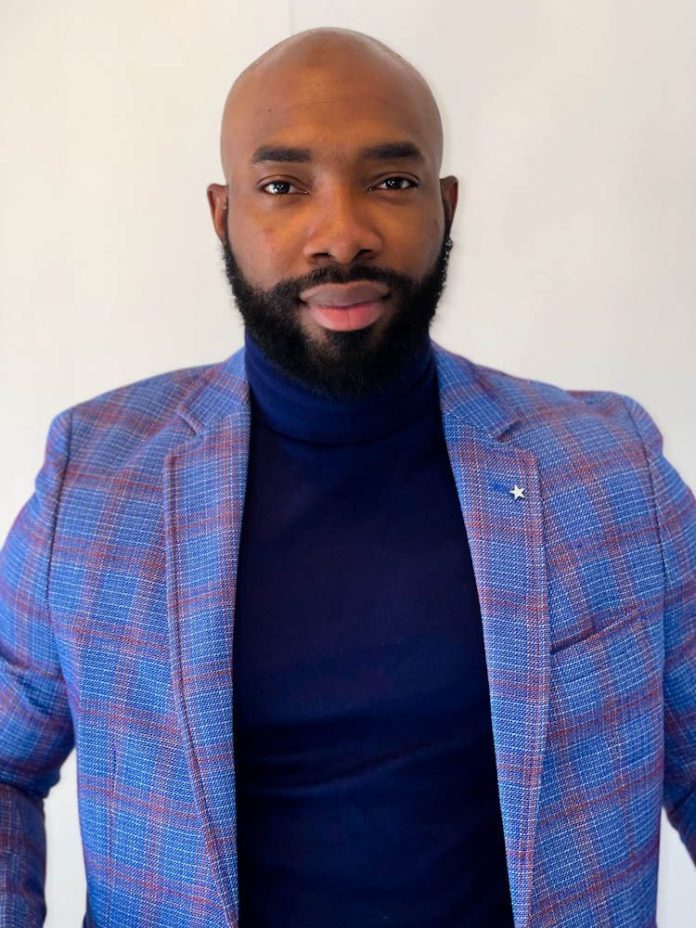 Akorede Alli is a seasoned filmmaker born and raised in Lagos State Nigeria. He is a descendant of the distinguished Royal family of Akinsemoyin in Lagos State. Akorede started his film making journey after graduation from Pefti Film Institute Nigeria and started his first film production company in Lagos Nigeria named Modern-Eko Household Entertainment. He later moved to the United States to further his studies in filmmaking and Advanced Cinematography at The School of Visual Art in New York City. After relocating to Los Angeles, California to further his Career as a film director, actor and producer.

There he created his Hollywood based production company Modern-Eko Studio and returned to his home country Nigeria, where he filmed his first Indigenous movie titled “RAN MI LOWO” featuring great Nollywood talents and debuting his multi talents as a film director, lead actor, producer and executive producer.

Tell us about your background, what was growing up like?

I grew up in Chevron Estate, Satellite Town, Lagos, in a simple Muslim family. Our family had our ups and downs, and at times there seemed to be more downs than ups, but our faith and strong family bond got us through.

What inspired your decision to become a filmmaker?

The name, Modern Eko, was it borne from the fact that you are one of the few original Lagosians?

Yes, back in the days when seated amongst the elders, like my father and his friends, to my dismay they would always include me in their conversations and ask for my perspectives. Right there, I was thinking, I’m the new era, I’m the modern one. So, when I was about to start the production company it was easy to pick the perfect name for it.

Filmmaking is a quicker road to fame than making money. What was your family’s attitude to your decision to foray into the dicey waters of Nigerian entertainment?

My family has always been supportive from day one. They were literally my first audience and saw my interests early on. Their support sustains me to this day.

Tell us about ‘Ran Mi Lowo’.

Filming with these creative personalities is an experience that remains memorable. With all the energy and commitment put into the production, my movie has the capacity to initiate global conversations among filmmakers.

Some assume that young filmmakers have some sort of trust fund to fall back on if things don’t work out, or that they are from wealthy backgrounds that act as a cushion in the event their ventures don’t pan out, which in turn gives them the courage to be daring in their exploits. Is that the case with you?

Trust fund, ha! That’s not the case for me, I had to do a lot and am still into all these jobs. As a youth, I was a motor boy for a pure water truck, going from Festac to Orile, to Ebute Metta to deliver pure water. I knew a girl back then who told me her mum was looking for a driver to take her to school in Babcock University. She asked if I knew anyone and I said yes. On the day the guy was to show up to drive her to school, they were shocked when they opened the door and it was me. I needed the money! I’ve worked on different film sets for free. I was a sales boy in a shoe store for women on the island, I even worked in a salon buying hair from Balogun and taking them to Ebute Metta. When I moved to America, the struggle continued. In NYC, I worked as a runner in a hookah lounge, then as a server, cook, bicycle food deliverer, and a kitchen receiver. When I moved to LA, I worked as a driver for two different companies, worked as a pastry chef, dishwasher, line cook, food delivery company and best boy. To answer that question again, that wasn’t the case for me.

Right now, is working in the movie sector profitable, which of your titles pays you the most, acting, directing or producing,; and which is your forte?

READ ALSO:  Why I Relocated To America - Doris Simeon

I strongly believe once my movie ‘Ran Mi Lowo’ is released, all the titles you mentioned would be profitable. Why choose one forte though? I love and thrive in all aspects of filmmaking.

What qualities do you look for in your cast?

Speaking on investment, do you believe Nollywood as an industry is ready for external investors seeing as we don’t have enough data or structures in the industry to give accurate Return On Investment (ROI) information?

We all know Nollywood is huge and it’s bigger than any one individual and the sky is big enough for all birds to fly, it shouldn’t be focused on certain people. External investors can and have already started coming in and they will lay down their own structure since Nollywood refuses to have a structure.

What catches your attention in a script?

I’m drawn to scripts that are thrillers/suspense themed.

Fans sometimes attempt to be special, mostly female fans. How do you handle and manage this attention, especially with social media creating easier access daily?

Who are the big names in Nollywood you would like to work with someday?

With Nollywood getting huge partnerships with Netflix and other top global platforms, are you tapping into any of the deals soon?

I’m positive about it and I see the deals coming, so fingers crossed.

Recently, Kemi Adetiba raised alarm on the pirated copies of her latest movie ‘King of Boys: Return of the King’, despite it is still showing on Netflix. What are your concerns about that as a filmmaker?

Of course, there’s a real concern. Who doesn’t want to fully profit from their hard work? But piracy is an unfortunate consequence of this business.

Presidency Rubbishes Report On Buhari Not Returning May 5

Why ‘Mimi’ The Movie Is Premiering At The Beach, Following Successful...