Former Governor of Abia state, Dr Orji Uzor Kalu was released from Prison custody. Kalu who was convicted last year for fraud was released by a supreme court who claiming the previous judge who convicted Orji Uzor Kalu was not fit to convict the former governor. Recall that Orji Kalu was convicted by a Lagos Division of the Federal High Court on Thursday, December 5, 2019 and ordered to spend to 12 years in prison over N7.65 billion fraud. He was convicted for defrauding his people, during his administration as governor, during his eight years rule in Abia State.

Dr Orji Uzor Kalu who was said to have carried out the fraud using his company, Slok Nigeria Limited, feel dissatisfied with the judgment carried out on him, decided to approach the appellate court to set aside the judgment on grounds of jurisdiction. Today, Mr Kalu is out of prison and ready to fight through his conviction at the Supreme Court, although, there have been many reaction from Nigerians, the anti graft agency, Economic and Financial Crimes Commission, EFCC who had earlier filed a corruption case against Kalu has vowed to continue with an immediate trial of the ex-Governor. 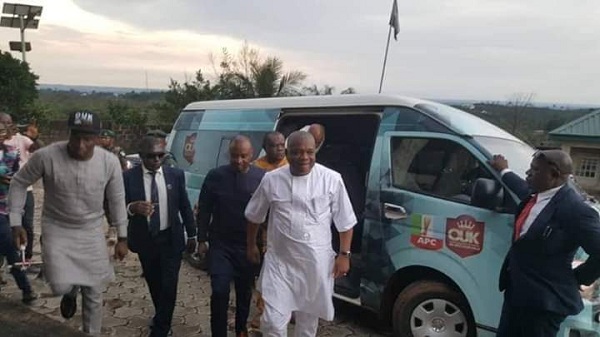 Now to the main point of this article, an investigation carried out by Zebra News, shows the Nigerian politician cum businessman actually fought his way out of Prison through his lawyers and some powerful Nigerians in the ruling party, All progressive Party APC, although, some Nigerians are alleging conspiracy in Kalu’s ordeal, a Chieftain of the Peoples Democratic Party, PDP, who would not want his name mention, told Zebra News, that Orji Uzor Kalu’s drama was scripted from the beginning of his entrance into the ruling party, “This people actually think they can fool Nigerians, we all know Kalu’s current situation is a Nollywood movie, it’s was well script to make us believe, the Federal Government had no hand in it” He said.

‘Believe me, that is what it is, or how do you explain this drama, it is very obvious, that this was a well scripted movie from the comfort of their rooms, you join our party, in other to make the public believe we are really fighting corruption, we will prosecute you, but you will fight your way out, and that is it, so you see, just last year, the national chairman of the party, made it very clear that any politician from opposition who joined their party will be pardon. It is very unfortunate, but the good thing is that, Nigerians are wiser now, politics is not what it used to be, now they understand all the gimmicks, they will rather fold their hands and ambush you at the poll, and that is exactly what is going to happen in 2023, this current government and his party will be ambush in the next presidential election” he assured. 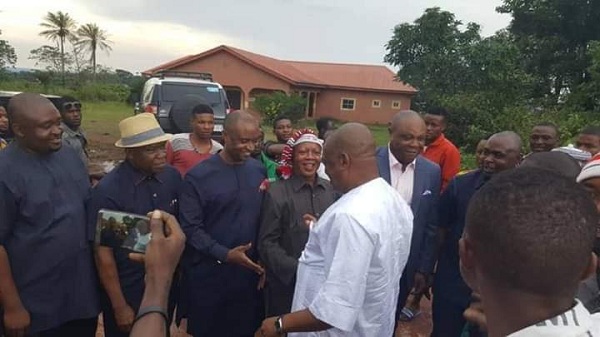 Giving a background details as to how Kalu secured his freedom from Prison, another politician who is a member of the ruling party, stated that, “Kalu was able to secure his freedom through his new party connection, All Progressive Party, APC, Attorney General of the Federation, AGF, and the Chief Justice of Nigeria, without these three, what happened yesterday will never happen, or have you ever witness such before, but this is Nigeria, where anything is possible. Once you have the money and the connection, consider yourself a powerful Nigeria, where you can do anything and get away with it, let me also added that kalu will never pay for his sins, he will never go to jail, mark my word, we will all be alive to see the end of all this drama, be rest assured, he will not be jail” the source disclosed to Zebra News.

Finally, it is important to note that, why Dr Orji Uzor Kalu is not the first and only Nigeria to be prosecuted for fraud, he seems to be the only convicted ex-Nigerian leader to have fought his way out of prison, after serving some jail terms. He is an ex Governor of Abia. He is the Chairman of Slok Holding, The Sun & New Telegraph newspapers. He received a national honour at 26 in 1986. He is facing a corruption case.

Asaba 2018 Not Bad As Painted – Okagbare