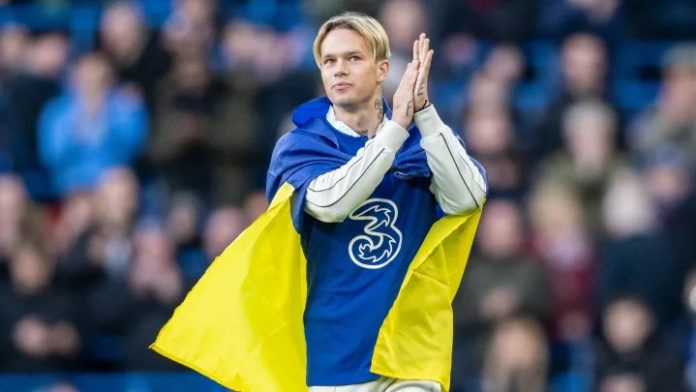 Shakhtar Donetsk’s president Rinat Akhmetov has donated $25 million of the fee received by Chelsea for the transfer of Mykhailo Mudryk to the “Heart of Azovstal,” a project aimed to help families of fallen soldiers in Ukraine.Chelsea announced the €70m ($75.84m) signing of Mudryk during the first half of their match against Crystal Palace on Sunday. The two clubs agreed a deal worth €100 million ($108.33m), sources told ESPN.Shakhtar president Akhmetov said in a statement posted by the club that the $25m donated “will be used to cover different needs.“I am allocating $25m [UAH 1 billion] today to help our soldiers, defenders, and their families,” the statement read. “The money will be used to cover different needs — from providing medical and prosthetic treatment and psychological support to meeting specific requests. “To ensure transparency, the project will have a professional independent team that will be in touch with the Azovstal defenders, their families, care providers, and volunteers. “We are forever indebted to our soldiers! ”Akhmetov also said that despite being happy to see Mudryk earn a move to the Premier League, he wants his club to “win European trophies” — but said that is not possible while the war with Russia continues.The president also outlined his intentions for Shakhtar to play against Chelsea in a friendly, when possible.The statement added: “I have mixed feelings today. On the one hand, I am happy for Mykhailo and proud of him. This guy is leading by example, showing that talent and hard work can make the impossible possible. I am absolutely confident that the entire Europe will acclaim Mykhailo’s brilliant and fine play. “On the other hand, I have never made it a secret that my dream is to win European trophies. This means that players like Mudryk should be invited to our club, to our Ukrainian championship, and we should win European trophies with such players, rather than root for them, even when they play in the world’s top clubs. “Unfortunately, it is impossible now, as Ukraine is fighting the horrendous and unjust war waged against us by the Russian Federation. But I am confident that we will win. And we will play a friendly against Chelsea at Donbass Arena in a Ukrainian Donetsk.”

Bolivia Suffered Coup Due To Military Pressure On Morales – Mexico