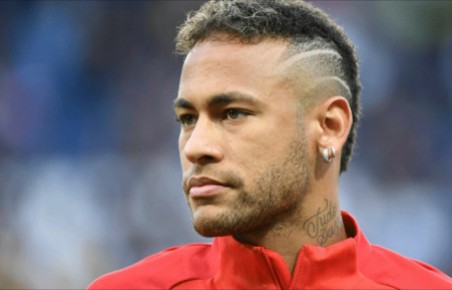 PSG star Neymar has reportedly tested positive for coronavirus, with the Ligue 1 club confirming that three players have contracted the virus.

The Ligue 1 champions and Champions League finalists did not name the players involved, but Angel Di Maria, 32, and Leandro Paredes, 26, are believed to be the other two players to have tested positive, as reported by French outlet L’Equipe.

After losing in the Champions League final against Bayern Munich on August 23, all three players have recently spent time on holiday on the Spanish island of Ibiza.“Three PSG players are confirmed positive after a Sars CoV2 test and have undergone the appropriate health protocols,” the club said on social media.

“All players and staff will continue to be tested over the next few days.”All three players will now spend time in quarantine – the first PSG fixture of the new season is in eight days’ time, on September 10 against Lens.

For the time being, the match is not believed to be in doubt. Positive tests have already disrupted the start of the new season, with the opening match of the campaign between Marseille and St Etienne postponed when Marseille reported four positive tests.

The PSG trio are not the first high-profile footballers to have tested positive in recent weeks. Manchester United star Paul Pogba tested positive for coronavirus alongside Tottenham midfielder Tanguy Ndombele while meeting up for international duty with France last Thursday. The pair are now isolating for 14 days.

It’s Fake News, I Did Not Discard Tinubu’s Political Ambition, He...