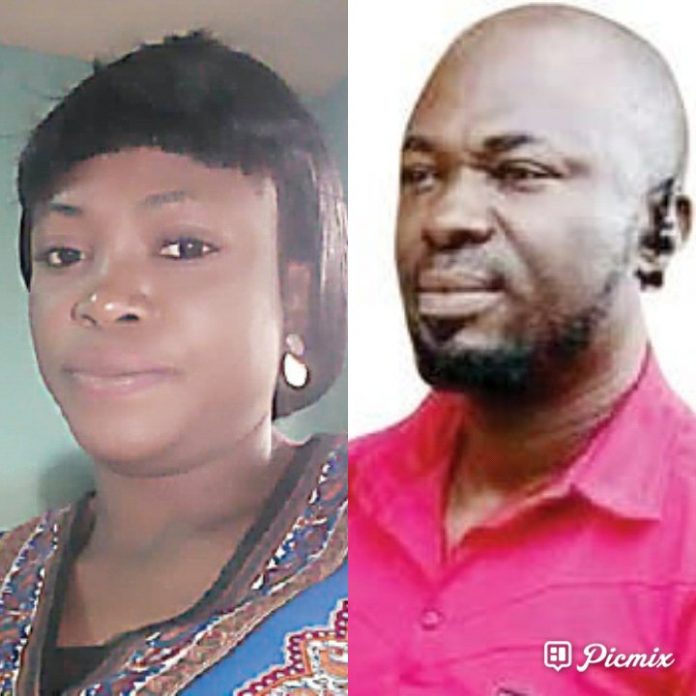 38 year old Olamide Erinfolami, the widow to the late Inspector Ayodeji Erinfolami, who was reportedly shot in the stomach by his colleague during the protest in the Surulere Local Government Area of Lagos in October has said the death of her late husband is a plot that was put together by his colleague in the force.

Speaking exclusively with Punch, the unemployed graduate of Accounting, she has been forced to believe her husband was deliberately killed by his colleague, “I don’t know. But what made me realise that it wasn’t a mistake is what they (police) are doing now.

If it was a mistake, they would have called me or come to the family of the deceased. But now, they haven’t made any move. No one has come to see his parents. So, how will they convince me that it was a mistake? When they saw him on the ground why did they (policemen) not carry him? Some of them took pictures. So, it (shooting) wasn’t a mistake.

Since that day (October 12), nobody called me to inform me officially about the death of my husband. I couldn’t go to Lagos because of the violence that resulted from the protests. But when I got to Lagos after about three weeks, I was told that the Inspector-General of Police wanted to see us. So, I went to the Lagos State Police Command and the IGP spoke with us. Last week, I returned to Lagos and reported to the police that none of them (policemen) had come to explain what happened to my husband to his family.

EndSARS Protest, Clear Signs The Youths Are Ready For Take Over...

Why The Idea Of Electric Cars Should Be Discourage In Nigeria...