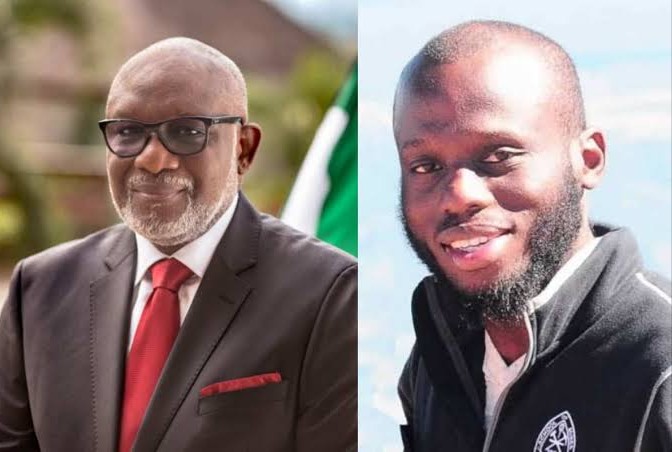 The Ondo State Government has raised the alarm over a grand plot to blackmail Governor Oluwarotimi Akeredolu, his immediate family and the state government.

A statement by the Commissioner for information and Orientation, Donald Ojogo said the planned smear campaign was targeted at the Governor’s family with fabricated details and spurious allegations.

“It has come to our notice that some unscrupulous individuals have perfected plans to blackmail the Akeredolu administration, using the first family as a target of their smear campaign

“The plan, which was hatched and orchestrated by these individuals, particularly, targeted the Governor’s son, Babajide Akeredolu, on allegations of high handedness and interference with serious government decisions, especially as it relates to the economic activities at the government reserves

“Succinctly, the purveyors of this heinous plot have perfected plans to lie against the Governor and his son of attempting to take over the management of the forest reserves so as to corner the resources for personal gains.

“For the avoidance of doubt, Governor Akeredolu handles the business of government with utmost respect and accountability. The government decision to ban all logging activities and subsequent lifting of the ban, are all in the interest of the state.

“This government is exploring all avenues and blocking loopholes to shore up its Internally Generated Revenue so as to ensure that more funds are brought into the government coffers to drive development in the state. We will not fold arms and allow disgruntled elements ruin the gains that have been recorded and being consolidated on, in the state.

“Under this administration, we have recorded significant progress and growth in our IGR. For a government that has shown accountability and readiness to explore all economic angles for the progress of the state in the past four year, it is not only laughable but, preposterous for any disgruntled group to suggest that Governor Akeredolu’s son was planning to man the ministry of natural resources for personal gain.” the statement reads.

Ojogo urged members of the public to disregard the lies being peddle around by bad losers whose aim is to distract the Governor and government of the state.

Meet Priscilla Ekwere Eleje, First Woman To Have Her Signature On...

Buhari Does Not Understand Leadership – Saraki

Gunmen Stab Pastor, Kidnap His Daughters, Murder Them, And Cut Off...

Adeboye Set To Roll Out Another Intensive Care Unit Facility For...