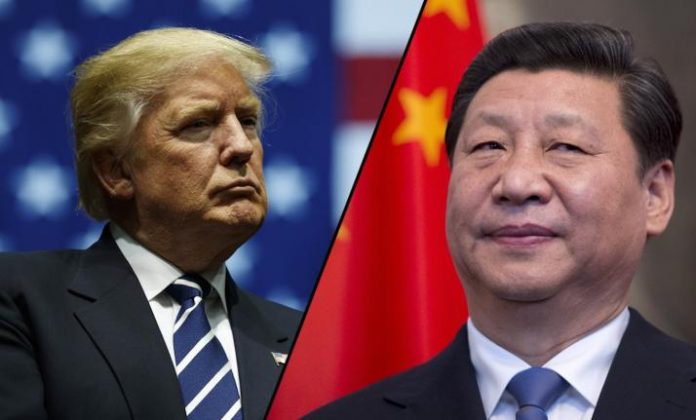 Chinese President Xi Jiping and US President Donald Trump have vowed to boost cooperation despite a bruising trade war on the 40th anniversary of the countries’ diplomatic relations, Chinese state media reported.

Tensions between Beijing and Washington soared in 2018 over trade disputes, although President Trump has frozen the latest planned tariff hike and on Saturday reported “big progress” after a call with his counterpart Xi Jinping.

Advertise With Us
In the messages sent Tuesday, Xi underlined the importance of working with the US “to advance China-US relations featuring coordination, cooperation and stability”, state news agency Xinhua reported.

According to Xinhua, Trump praised the last four decades of diplomacy between China and the US, hailing his “solid friendship” with the Chinese leader.

Washington and Beijing imposed tit-for-tat tariffs on more than $300 billion worth of goods in total two-way trade last year, locking them in a conflict that has begun to eat into profits and contributed to stock market plunges.

Trump initiated the trade war because of complaints over unfair Chinese trade practices — concerns shared by the European Union, Japan and others.

Since the two leaders agreed on a truce on the sidelines of the G20 summit meeting in Buenos Aires, however, there have been small signs of progress — and an absence of new threats from Trump.

Most Wickets in Death Overs in Odis

House Of Rep Member Dies In Abuja After Returning From Lagos

No Visa For Nigerians – China Embassy Declares, Says Nigerians Living in China Are...

Cooking With Ease: Our New “Yam Pounder Plus” Will Make Cooking Swallow Easy –...

Mother Of Three Dies While Attempting To Enlarge Her Breast