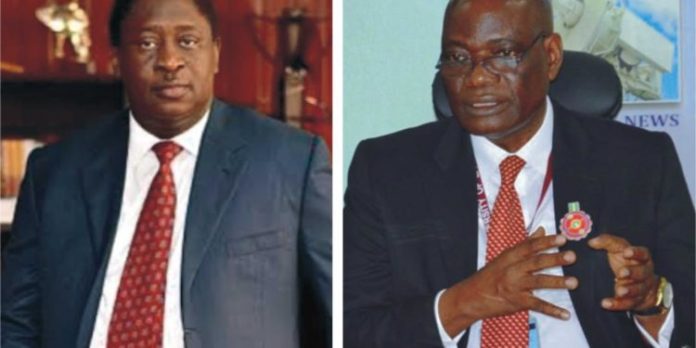 President Muhammadu Buhari has set up a Special Visitation Panel to look into the crisis at the University of Lagos, UNILAG and submit a report of their recommendations within two weeks.

The president also asked the Pro-Chancellor/Chairman of Council of the University of Lagos, Dr Wale Babalakin and the Vice Chancellor, Prof. Oluwatoyin Ogundipe to recuse themselves from official duties, pending the outcome of the Special Visitation Panel.

Buhari also directed the Senate of the University to immediately convene to nominate an acting Vice-Chancellor from amongst its members for confirmation by the Governing Council to oversee the affairs of the university pending Government’s decision.

It would be recalled that Unilag’s Governing Council, headed by Babalakin removed Ogundipe at its meeting in Abuja on Aug. 12, over allegations of infractions and gross misconduct.

The council, however, appointed Prof. Theophilus Omololu Soyombo of the Faculty of Social Sciences as the Acting Vice-Chancellor.

However, the institution’s Senate and all its workers unions condemned Ogundipe’s removal, saying it flouted the university’s regulations.

They all made a vote of confidence on Ogundipe and vowed not to recognise the acting vice-chancellor.

The FG’s directive is coming a few hours after Ogundipe dropped a lawsuit he filed at the National Industrial Court to challenge his sacking by the varsity’s Governing Council.

The FG’s Panel which is to be inaugurated on Wednesday, is to be chaired by Professor Tukur Sa’ad with Barrister Victor Onuoha, Professor Ikenna Onyido, Professor Ekanem Braide, Professor Adamu K. Usman and Chief Jimoh Bankole, as members while Barrister Grace Ekanem, serves as Secretary.

A statement signed by the Director, Press and Public Relations, Ministry of Education, Ben Bem Goong on Friday said the panel is to review the report of the Council sub-committee on review of expenditure of the University of Lagos since May 2017 and make appropriate recommendations after affording all those indicted an opportunity to defend themselves.

They are to examine the steps taken by the Council leading to the removal of the Vice Chancellor, Prof. Oluwatoyin T. Ogundipe and ascertaining whether due process was followed as stipulated in the Universities (Amendment) Act, 2003, and the principle of fair hearing adhered to.

Also to determine whether the process (if any) leading to the appointment of the Ag. Vice Chancellor for the university was consistent with the provisions of the enabling Act.

While noting that the panel is expected to make appropriate recommendations including sanctions for all those found culpable on the allegations contained in the report as well as other subsequent actions arising there, they are to help government take decisions that will ensure peaceful, stable and effective administration of the university.