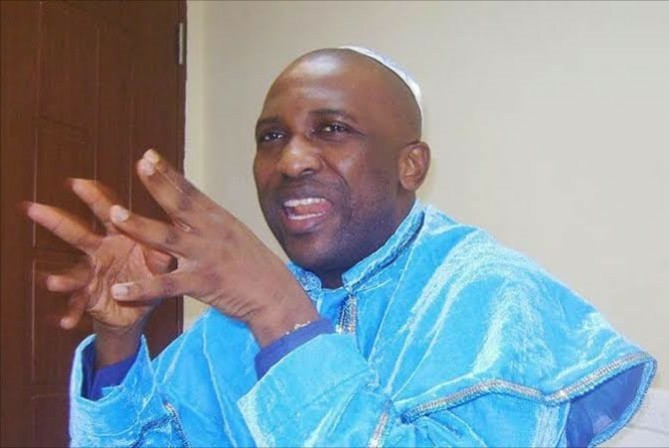 Some call him the “octopus”,some call him Nostradamus of our time,primate Babatunde Ayodele surely deserves accolades for his wonderful prophecies that got fulfilled today

While some known prophets were afraid of giving specific prophecy about the election because they are afraid of the unknown;Ayodele maintained and enunciated that Joe Biden is the “Chosen one”.He sounded it clearly to everyone’s hearing that Joe Biden is the only one that can defeat Donald Trump.The astonishing thing about this prophecy is that it was said even before Biden was given the mantle to be the presidential candidate of the democrats.

Just like the way he prophesied the coming of corona virus, two years earlier before the pandemic came ravaging the entire world;primate Ayodele gave this prophecy in the year 2019 when Joe Biden never even knew that he would emerge as the flag bearer of the democrats;without being fictitious, it takes a spiritual maestro that operates in a very very high spiritual realm to unravel such a stunning mystery;what surprises me is how details his prophecies, giving u a breakdown of how it will happen

He prophesied Donald Trump into power in 2016,he also prophesied him out of power, just like Saul in the Bible who God chose as the king over his people and later rejected him.

It is very apparent that Primate Ayodele is obviously one of the best prophets in the world without any sentimental inclinations, he has shown the world that he does not read events to give prophecies, his prophecies are genuinely a product of the spirit, not a mathematical calculation and guessing that other prophets engage in. Below is a video of his prophecy on America with Legtv in the year 2019.Exactly what he said about Trump not accepting defeat and trying to denigrate the image of America.Donalp Trumps attitude and comments after Joe Biden emerged the president-elect, Ayodele said that Donald Trump will “disgrace America” in the cause of this very election, didn’t it happen? The entire world is really dissapointed with the way the American election is going with accusations of election malpractices and fraud; to be very candid, did anyone except this from America who is acting as a watchdog of democracy all over the world? only Ayodele saw it.

Man Falsely Accused Of Being A Thief Burnt To Death In...