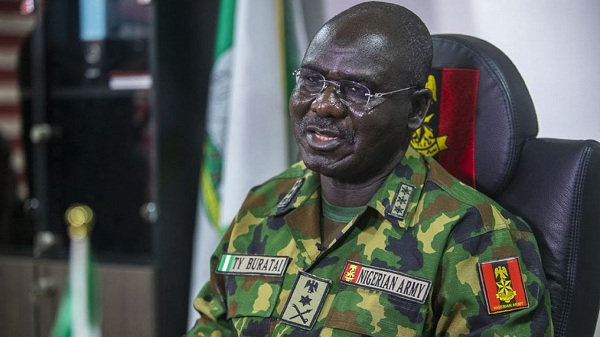 The Nigerian Army headquarters has denied deploying soldiers to the Lekki tollgate despite video evidence showing uniformed soldiers shooting at the scene.

The army in a Facebook post branded several reports linking soldiers at the tollgate as fake news, stating, “No soldiers were at the scene”. Officials of the Lekki Concession Company had earlier on Tuesday evening removed CCTV cameras from the tollgates.

Around 7pm, the floodlights and display boards at the tollgates were also switched off, putting the entire area in total darkness. Soon afterwards, security agents began opening fire on protesters.

Governor Babajide Sanwo-Olu of Lagos State had imposed a 24-hour curfew on the state following the violence that engulfed the state leading to the burning down of at least three police stations.

However, some protesters remained adamant and refused to vacate the Lekki tollgate which is the epicentre of the protests. Several rights groups have condemned the Federal Government for the massacre.

Court Denies Maina’s Request To Have His Case Transfer To ...