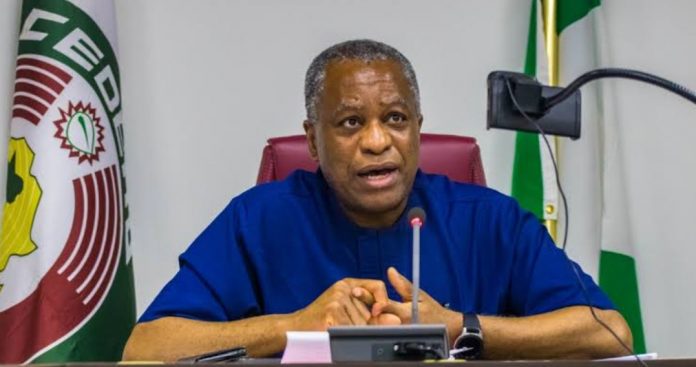 The Federal Government has recalled the Nigerian ambassador to Indonesia following the assault on a Nigerian diplomat by Indonesian immigration officials last Saturday.

Announcing the decision at a press briefing in Abuja on Tuesday, Minister of Foreign Affairs, Geoffrey Onyeama, stated that the government would also review the bilateral relations between Nigeria and the Asian country.

A trending video had shown the unnamed Nigerian diplomat being attacked by Indonesian officials in Jakarta. He was pinned down in a car and he could be heard shouting, ‘I can’t breathe.’

The Federal Government had on Monday summoned the Indonesian ambassador in Nigeria, Dr Usra Harahap, who apologized on behalf of the Government of Indonesia.

But speaking on the development, Onyeama said the Buhari administration had received a full report of the incident, noting that the government condemned the assault on the diplomat by the Indonesian agents.

He said, “The Ministry of Foreign Affairs has received a comprehensive report from the Nigerian ambassador in Indonesia on the manhandling and arrest of a Nigerian diplomat.

“The MFA had previously summoned the Indonesian ambassador to the ministry to express outrage and to protest strongly.

“After studying the report of the Nigerian ambassador, the Nigerian Government condemns in the strongest terms what is in effect an egregious act of international delinquency by Indonesian state actors against an accredited representative of the Federal Republic of Nigeria with absolutely no justification and against international law.”

The ministry reaffirmed its “resolve to protect the interest of Nigeria and Nigerians wherever they are in the world, and calls for calm as consultations continue.”

30 Days To His Inauguration, EFCC Goes After Bauchi Governor Elect

Wike, Amaechi Trade Words at a Public Function in Rivers

I Am More Educated Than Atiku – Buhari