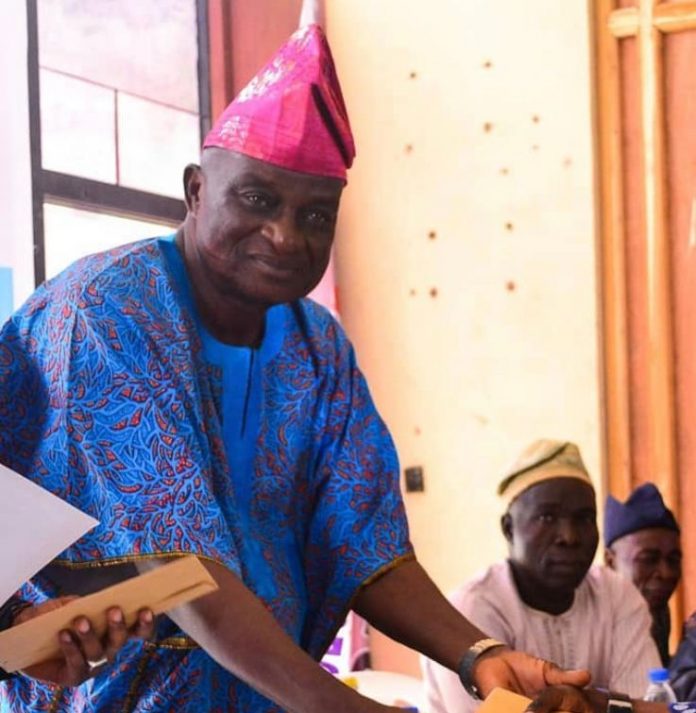 Ahead of today’s State Congress of the All Progressive Congress (APC) Oyo State, Majority leaders and stakeholders in Oluyole have endorsed Hon. Olalekan Adeyemo as the candidate for the Oyo Central Senatorial Chairman in the forthcoming State Congress, Hon. Tolulope Akande-Sadipe has revealed.

The member House of Representatives, Oluyole Federal Constituency and Chairman, Committee on Diaspora said she and other stakeholders are in support of Hon. Adeyemo’s candidacy.

She added that the quality and experience of Hon. Adeyemo among the party hierarchy has distinguished him and that he is a man characterized by three main virtues, Integrity, experience, and maturity which would be a great tool for the party to triumph in the 2023 election.

Hon. Adeyemo is the deputy caretaker chairman of APC Oyo and has served as deputy State Chairman APC Oyo. His political experience and career span many years too numerous to count, including a tenure as a State House of Assembly member for Oluyole Federal Constituency.

“The decision to adopt and endorse Hon. Olalekan Adeyemo was made in an open meeting by the majority of Stakeholders in Oluyole APC with the view of selecting the best candidate for the seat”, she said.

Hon James Adeleke who was also present during the process has said the selection represents a Democratic choice of a majority within the party.

All ward chairmen present at the deliberation unanimously agreed that Hon. Olalekan Adeyemo, fondly called baba Adeyemo is the right man for the job, they noted that baba has proven himself over the years and has amassed respect as well as shown the great quality of leadership.

Explaining further on the consensus choice, Hon. Idowu Oyewale, said that baba Adeyemo is a favorite candidate amongst the leadership and constituents within other local governments in the senatorial district and is  perceived as an eminent personality within the party structure.

The stakeholders in support and one accord also affixed  their signature in a show of support to endorse Hon. Olalekan Adeyemo as the candidate for the Oyo Central Senatorial Chairman in the forthcoming State Congress. Long Live Baba Oluyole.

Terrorists Who Attempted To Intercept My Government Still Active In Nigeria...

Give Buhari Two Months From Now, Security Will Be Guarantee In...