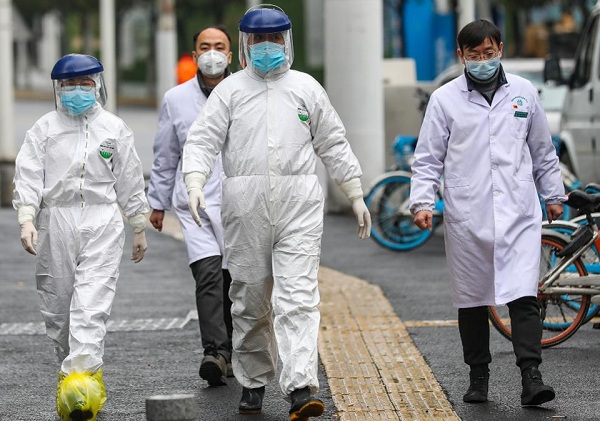 The World Health Organisation (WHO) has declared a global emergency on Coronavirus as the death toll from the disease has risen to 170 in China.

WHO made the declaration on Thursday, saying the disease now represents a risk beyond China, where it emerged last month.

In a series of tweets, Tedros Ghebreyesus, director general of WHO, said more damage could be done to countries with weaker health systems.

“We don’t know what sort of damage this #2019nCoV virus could do if it were to spread in a country with a weaker health system. We must act now to help countries prepare for that possibility,” one of the tweets read.

“For all of these reasons, I am declaring a public health emergency of international concern over the global outbreak of #2019nCoV.

“Our greatest concern is the potential for the virus to spread to countries with weaker health systems, and which are ill-prepared to deal with it.”

WHO urged member countries of the United Nations to take steps in fighting or preventing the disease.

Since the spread of the disease, 7,834 people have been quarantined in China while 68 cases have been reported around the world, according to WHO.

The United States has also recorded its first case of human transmission of Coronavirus.

The patient is reportedly the husband of a woman who first contracted the virus in Chicago.

A group of scientists spearheading efforts towards finding a vaccine for Coronavirus had said they were “moving at unprecedented speed” to begin clinical trials before June.

In Nigeria, the federal government asked its citizens to avoid travelling to China over the outbreak.

Budget Delay Will Not Be Entertain, It Will Be Passed Within...

I’m Worried About The Future Of Nigeria – Actress, Kemi Afolabi

Why We Are Different From Other C&S Churches – Apostle Segun...