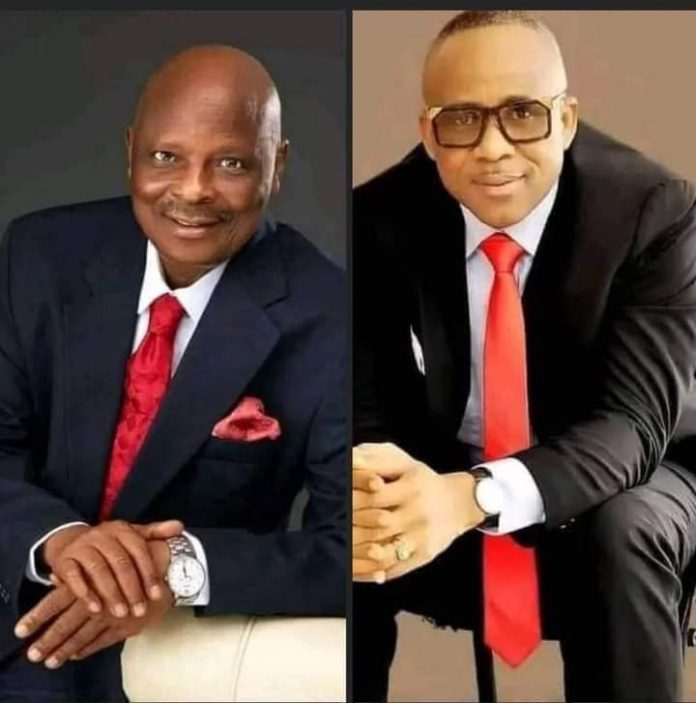 This has just been announced by the official Twitter handle of the NNPP. Pastor Idahosa is from Edo state.

Bishop Isaac Idahosa was born into the family of six children and he is the third, he is married to Christie Idahosa

He has two children, Christabell and Osagie He is the presiding Bishop, Illumination Assembly, Lekki Light Centre(LLC). He is one of the few LASTMA Mayors decorated by the Lagos State Government. He started his ministry with 50kobo.

He is from Edo, South-South Nigeria, he is the Spiritual Father of Chris Okafor, he is a popularly Nigerian televangelist. He is name Idahosa means hearing from God
His ministry is rumoured to be worth over three billion naira, he received a United Nations Peace Ambassadorial award. He is also a gospel musician and has three albums to his credit.

Bishop Isaac Idahosa’ biography
Bishop Isaac Idahosa is the presiding Bishop and the seniour pastor of God First Ministry, popularly known as Illumination Assembly, Lekki Light Centre (LLC), Ajah, Lagos. A church he started more than 25 years ago with few members at the City of Minna in Niger State. He has been married to his wife, for 22years and they are both blessed with two lovely children, Christabel and Apostle. He is a Preacher, Gospel Singer with three albums to his credit, Writer, Inspirational Speaker among many others.

Bishop Isaac Idahosa, who is called ‘Prophet Talk Na Do’ by his admirers, was decorated by the Lagos State Government as one of the few Mayors of the Lagos State Traffic Management (LASTMA). He also received a United Nations Peace Ambassadorial award, for his immense contributions to the growth of humanity and peaceful co-existence through evangelism and Pentecostalism.

READ ALSO:  I Will Not Surrender - Dino Melaye Dares Police

Isaac Idahosa, who gave his life to Jesus Christ in 1979, was born in the predominantly Muslim north, precisely in Minna, Niger State, where he and his siblings and me grew up. He had his formal education there and enjoyed scholarship up to the university level in Niger State.