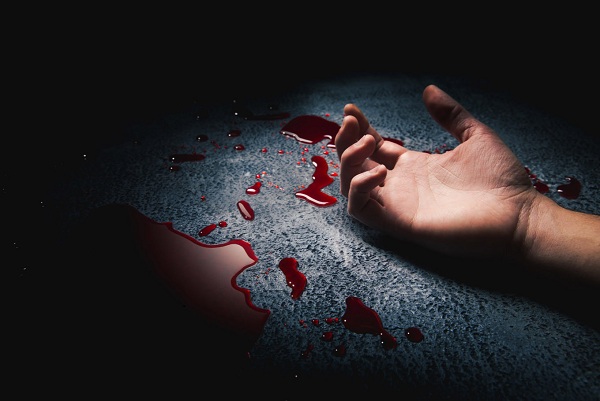 The running battle between a couple in Ladi-Lak, Bariga area of Lagos State, has ended on a tragic note as the husband, John Onyeme, reportedly beat his wife to death. City Round learnt that the deceased, Esther Onyeme, was a deaconess and proprietress of a nursery and primary school in the community.

Neighbours said John always accused her wife of fornication and starving him of sex which often triggered their disagreements. It was gathered that the couple and their three children lived together on Ayorinde Street, Ladi-Lak, until about five months ago when Esther packed out in the heat of a fight and relocated to a church.

John reportedly went to the church on Friday, January 31, 2020 and beat her to a pulp. She was said to have been admitted to a private hospital in the community where she died three days after.

A resident of Ayorinde Street, Tope Adeyemo, told Punch that the woman had on several occasions reported John at the Pedro Police Station covering the neighbourhood.

Adeyemo said, “He had been beating the woman for a long time and she reported him many times at the Pedro Police Station. The woman ran a private school in the community. She was responsible and industrious but the man thought she was fornicating around.

“She left him five months ago when his trouble became too much. They have three children together. The eldest among them is 16 years old. They are now in their village in the East. It is disheartening.” A neighbour, who spoke on condition of anonymity, stated that he had repeatedly warned John to desist from beating his wife to no avail.

“He normally beat her at night. He would chase her around the passage with a knife. I begged him to stop beating her but he said I should not interfere in their matters gain. I told him he would kill her one day. That was sometime last year. No one here would say good thing about John.

“He even accused a chemist of sleeping with his wife. He does not take care of the children yet he didn’t allow the woman to have rest of mind. It was a painful exit because the woman was hard working. She was the one taking care of the family,” he said.

Another neigbour, who wanted to be identified as Bola, said Esther established the school located on Oyeyemi Street, Ladi-Lak, about five years ago, adding that it was unfortunate her life was cut short.

She said, “It is tragic. She should be in her mid 40s. Most times, the husband beat her for denying him sex. Which woman would allow an irresponsible man to be having sex with her? She left home about five months ago when she could no longer bear his trouble.

“Some family members begged her to come back because of the children and she did. The same day she returned home, the man beat her. That was when she packed out of the house. She was diligent. She founded the school about five years ago. She was even planning to establish another school.”

Academic activities were on when City Round visited the school on Wednesday. The head teacher of the school, who declined to give her name, described Esther as a loving woman, adding that they struggled to run the school.

“With God on our side, we are trying our best to keep the school going. She was a kind woman. She took care of the pupils and teachers and carried everybody along. She was in school on Friday,” she added.

The Police Public Relations Officer in the state, DSP Bala Elkana, said the case had been transferred to the State Criminal Investigation and Intelligence Department, Yaba, for further investigation.

He said, “One Apostle Friday Ugorji reported at the police station that around 9am on July 31, one Esther Onyeme, a deaconess in his church, informed him that her estranged husband, one John Onyeme, beat her to the point of death. The pastor rushed her to hospital for treatment.

“Around 10.30am on February 3, she gave up the ghost. The corpse has been deposited at the Mainland General Hospital Mortuary for autopsy. The suspect is in police custody.”

Oyedepo Alleges Ulterior Motives on Closure of Churches over COVID-19

Why We Want Ambode Out – Lagos Lawmakers

CAN President Reveals Why Coronavirus is Ravaging the World