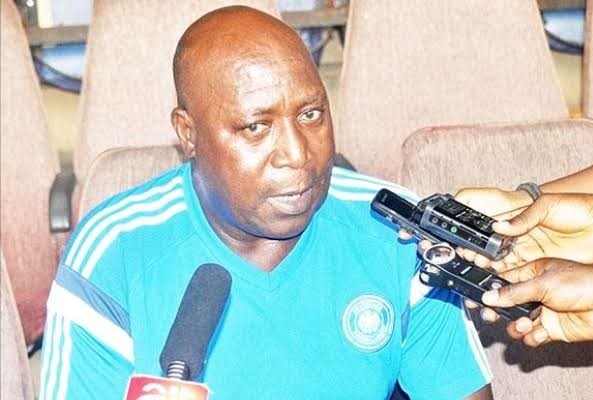 Former U-20 and U-23 coach, Godwin Uwua, says he was unfairly treated by officials of the Nigeria Football Federation during his time with the youth national teams U-20 and U-23 teams. The Makurdi-based coach claimed he resigned as Flying Eagles coach following the unfair treatment, despite helping the team book qualification for the 2007 U-20 World Cup in Canada.

“One of the biggest disappointments I had in my coaching career was when I was with the national teams. I went to Congo and qualified Nigeria for the 2007 U-20 World Cup. When I was going to Congo, I was given a term of reference that I should qualify the country for the World Cup,” he told Punch.

“We got to the final, qualified for the World Cup and when I got home, the federation asked me why I didn’t win the competition. That was madness. It was one of the reasons I resigned and didn’t go to the World Cup in Canada. You don’t treat people like that.”

On December 29, 2002, Uwua steered the U-23 side to victory at the Niger International Tournament in Niamey, with the Nigerians securing a hard-fought 3-2 final win over Burkina Faso on penalties, after full and extra time ended goalless.Uwua said same treatment was also given to him and his team.

“I won the trophy there (Niamey). We attended the tournament via road. We passed through Zamfara State. Ahmad Yerima was the governor then, he gave us everything we needed for the competition, including the vehicle that took us there.“The federation asked me why I took the trophy to Zamfara and not Abuja, I found it funny. Such experiences are not good.

READ ALSO:  My Body, Heart Not For Poor Men, It's Strictly For The Rich - Actress, Ella Mensah

“We were travelling for a championship and nothing happened from the Glasshouse. When I came back, they said we would collect allowances for our journey but they didn’t pay the allowances, saying I abandoned the national team while we were on break without telling anyone. Next thing I knew, they gave the job to Kadiri Ikhana,” Uwua added.

Nigeria Has $5.83bn Approved, Yet To Be Disbursed Foreign Loans –...