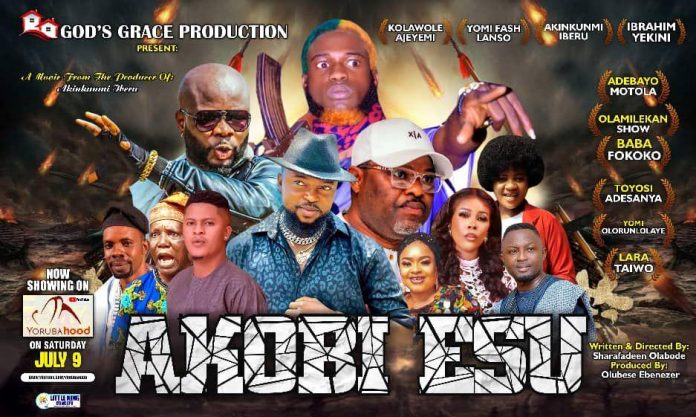 Let us be the first to hint you that the producer of Akinkunmi Iberu, Olubese Ebenezer, has just released another Blockbuster movie titled Akobi Esu, a flick which was written and directed by Sharafadeen Olabode.

It’s a story that talks about a young man named Sulaimon, the son of a cleric but calls himself the first born of Devil “Esu”, the god of gods with the deity’s temple in his abode. But what remains a mystery is a particular house he always visit to ask for his property. After Oracle consultation, it was discovered Sulaimon’s destiny truly lies in that house. On this faithful day, an unexpected occurrence occurred which makes Akobi Esu a must watch movie.

This lovely flick was released on the stable of Yorubahood TV on YouTube on Saturday 9th July 2022 and the movie has since been gaining more views.

Akobi Esu is full of moral lessons for all to learn from. Watch the film below;

Babatunde Fowler: The Indestructible Records Of A Dutiful Tax Collector

I Inherited An Empty Treasury From Amosun – Dapo Abiodun