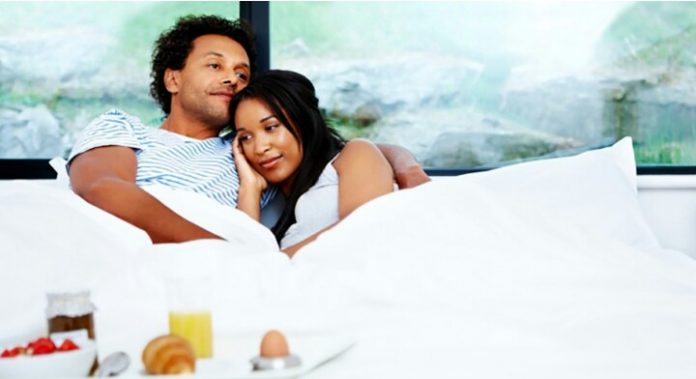 At some point in life, many couples wonder and ask themselves, “What is the average amount of sex that other couples are having?” And though the answer is not perfectly clear, sex therapists have said many things about this very topic. Here is what they say, as well as some additional tips to help you get your sex life on track!

The Average
There is some question among sex therapists about what the true average is for couples in committed relationships. The answers can range from once a week to once a month! When Ian Kerner, PhD, was asked how he responds to couples who ask him how often they should have sex, he said, “I’ve always responded that there’s no one right answer.

When couples stop having sex, their relationships become vulnerable to anger, detachment, infidelity and, ultimately, divorce.

After all, a couple’s sex life is affected by so many different factors: age, lifestyle, each partner’s health and natural libido and, of course, the quality of their overall relationship, to name just a few

So while there may be no one right answer to the question of how often couples should have sex, lately I’ve somewhat been less equivocal and advise couples to try to do it at least once a week.” According to David Schnarch, PhD, through a study conducted with more than 20,000 couples, he found that only 26% of couples are hitting the once-a-week mark, with the majority of the respondents reporting sex only once or twice a month, or less!

READ ALSO:  Thinking of Getting A Mortgage? See 5 Mortgage Firm In Nigeria By Dennis Isong

Is Your Marriage in Trouble?
Most sex therapists agree that having sex less than 10 times a year is reason enough to label your marriage a sexless one. However, a lack of sex does not mean your marriage is in trouble, according to Schnarch. While sex may be the way couples typically express their love and desire for each other, a lack of sex doesn’t necessarily mean that you are headed for a break-up, though it is something that you should get a handle on. Dr. Kerner says, “Sex seems to be rapidly falling to the bottom of America’s to-do list; but, in my experience, when couples stop having sex their relationships become vulnerable to anger, detachment, infidelity and, ultimately, divorce. I believe that sex matters: It’s the glue that keeps us together and, without it, couples become ‘good friends’ at best, or ‘bickering roommates’ at worst.”

How to Sync Your Sex Drives
There are a lot of factors that need to fall into place to make sex something you are desiring. In many couples, a difference in opinion can be a problem. Al Cooper, from the San Jose Marital and Sexuality Centre, says, “In general, however, a couple’s problems are often less about sex, per se, than getting to the sex.

Have medical questions? Connect with a board-certified, experienced doctor online or by phone. Pediatricians and other specialists available 24/7.

“If your sex drives are out of balance, your aim is to meet in the middle, having sex a bit more than one partner likes, but probably a bit less than the other likes.” – Dr. Gail Saltz

No couple’s willingness for sex at any given time lines up perfectly. The key is how well a couple negotiates the times when one initiates and the other refuses.” As with every issue in a relationship, sex and the frequency at which you have it requires compromise.

It may seem like a large mountain to climb, when you think of all the other things you deal with on a daily basis. Laundry, work, cooking meals, cleaning, and other tasks often seem more important than a quickie with your partner; but sex can become fun again! Kerner says, “Once we stop doing it, it’s easy to get stuck in a slump; but once we get back on track, we remember how much we missed it. The old adage ‘use it or lose it’ has some truth. So does my suggestion, ‘try it, you’ll like it.’”

At first, it might mean scheduling sex and making the time that leads up to the sex more intimate. Hug each other each day, exercise to increase your testosterone levels, and turn off the distractions, like the computer and TV. If you are still having problems with being able to engage in intimacy, seeing a sex therapist may really help you and your partner land on the same page!

2023: Why Tinubu Is Not Fit To Be Nigeria President – Onus Obinyan Writes