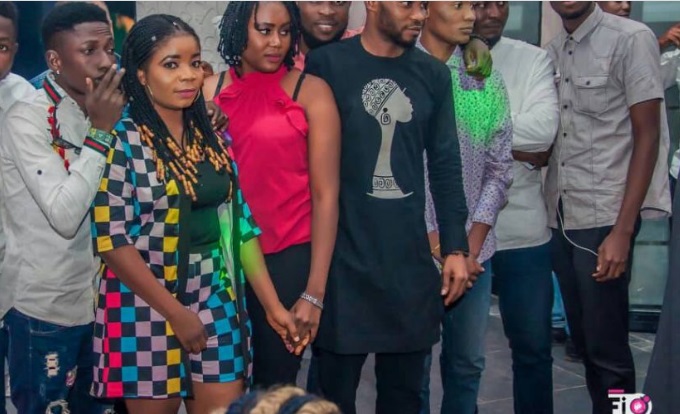 Budding filmmaker, Seunmanuel Faleye touched the conscience of a nation; by taking a bold stride to make a film on an issue that has become an elephant in the room in Nigeria-Religious and Ethnic violence.

The emotive movie with the title, Deeper Truth is an eleven minutes, twenty one seconds psychological thriller set in Northern Nigeria. The short film makes frantic effort to portray how some helpless folks were rescued by neighbors of rival religious beliefs in the heat of a major crisis, after an orchestrated attack by members of the Boko Haram sect.

Deeper Truth was recently screened to an exclusive audience, mostly comprising members of the press, filmmakers including cast and crew of the film.

Seunmanuel during the premiere reiterated that the film was produced to pump a fist and also lend a voice against the menace of ethnic and religious violence in the country.

“We understand that religious issues are an elephant in the room for us as a nation. I remember a few friends expressing their indifference upon hearing that we made a film on religion.

“I assured them Deeper Truth was tastefully made cutting down on unnecessary details and with a conscious attempt not to upset anybody’s sentiments, yet dealing with issues of national and human interest.

“It is with delight that I announce to you that the film has already been adopted by a NGO that champions a pan-African campaign on Religious violence. They wouldn’t want to be named yet, but we have an understanding with them that they will use Deeper Truth as part of their campaign materials against religious violence across the continent.”

The film which was short with English and Hausa as its language was Directed by SEUN AFOLABI, Cinematographed by HAMZAT BARSHAN and Written by ANDREW SIMON with additional script by SEUNMANUEL FALEYE. It parades an array of Nollywood and Kannywood’s brightest talents including Bukky Thomas, Abdul Mohammed, Sugj Udubra, Praise Garba, and Khemizona Babalola.