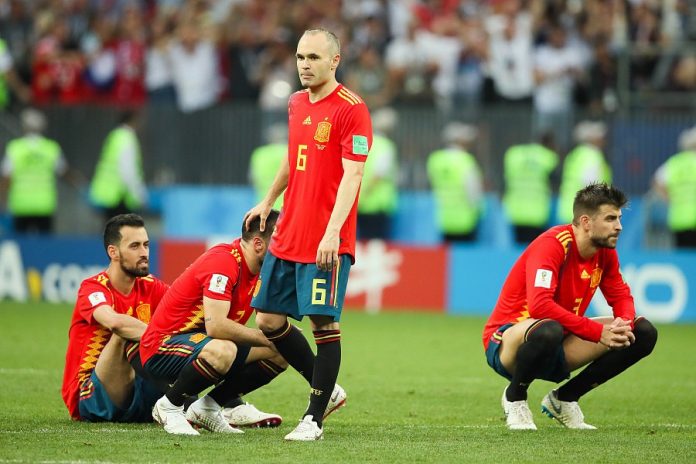 After more than 130 caps and three major titles, including the 2010 World Cup, the former Barcelona midfielder has hung up his boots.

Andres Iniesta has announced that he will retire from international football after seeing Spain crash out of the World Cup at the hands of Russia.

But with Spain failing to break down a determined Russia backline, Iniesta was drafted in after 67 minutes and subsequently converted his penalty after a 1-1 draw.

Koke and Iago Aspas then both failed in the shoot-out, marking a disappointing end to the midfielder’s glorious Spain career.

“This was my last game for Spain and a wonderful journey is over,” says Iniesta to reporters after the defeat. “Sometimes the end is not as you would have dreamed it.”

Iniesta played a total of 131 times for Spain, scoring on 13 occasions in national team colours.

His place in Roja folklore was assured in 2010 upon hitting the winning goal in the World Cup final against Netherlands, while he also lifted European Championship titles in 2008 and 2012

I Have Started Working On 2023 Elections – INEC Chairman, Yakubu...

Buhari, APC In A State Of Confusion – PDP

Trump Slams Bush for Failing to Support him During Impeachment

Eagles, Senegal Friendly Will Not Be Available For Public View