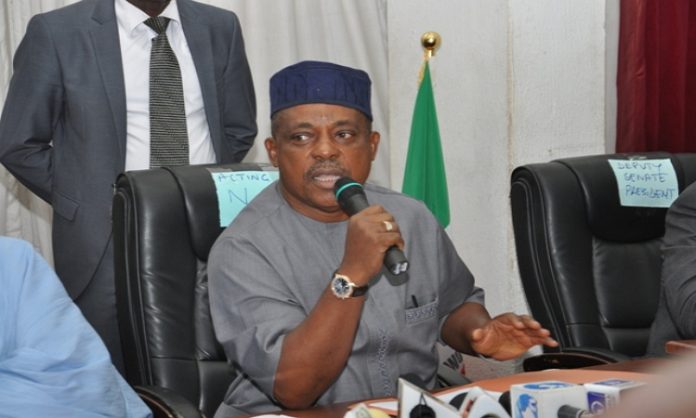 The opposition Peoples Democratic Party (PDP) has faulted President Muhammadu Buhari’s submission that the 2018 budget will be difficult to implement.

Buhari had lamented that the 2018 Appropriation Bill, which he signed into law on Wednesday, would be difficult, if not impossible, to implement because of the alterations the National Assembly made in it.

But the former ruling party says it “is a clear admission that he [Buhgari] lacks the capacity and competence to run a development-oriented economy as desired by Nigerians.”

“President Buhari, in picking holes on items that would directly impact on economic productivity, infrastructural advancement, rural development as well as those that would provide urgent palliatives to the plight of Nigerians, shows his aversion to developmental economy as well as insensitivity to the welfare of our citizens,” the PDP said in a statement.

“In fact, President Buhari, in his comments on the budget has further de-marketed our economy before international investors, thereby worsening our woes as a nation.

“How on earth can a President, if indeed he loves the people, quarrel over budgetary items seeking to cushion the biting effect of the economic recession, particularly for the poor, who are the direct victims of the harsh policies of his incompetent administration?
“Furthermore, President Buhari’s resort to blaming the National Assembly for his inability to exert himself as a leader and ensure smooth implementation of the budget, further shows that he cares little about the actual needs of the people, having holed himself up in the comfort, security and pleasures of the Presidential Villa.”

The party urged the National Assembly to ensure strict implementation of the budget.

Sanwo Olu Is An Ex-Convict, He Can’t Stand Me At The...

Nigeria lost a medical doctor to COVID-19 as case rises above...

Stay Away Or Prepare To Be Slaves All Your Life –...

Mrs Akeredolu To Speak At 2022 Lead Awards As Actor, Yomi...