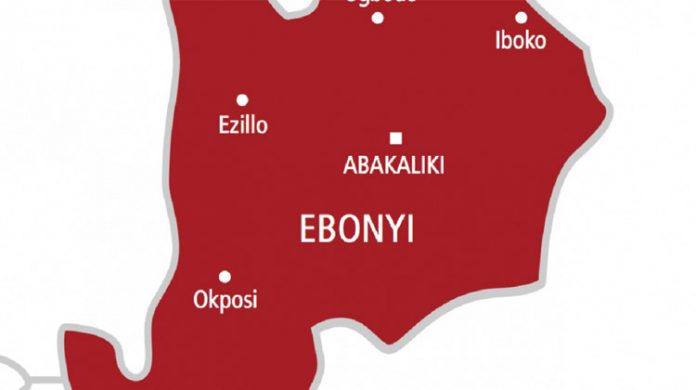 Gunmen on Friday night killed two members of the All Progressives Congress in Ebonyi State.

The killing of the APC members reportedly took place in Mkpuma Akpatakpa community in the Izzi Local Government Area of the state.

They were said to be attending an APC meeting on Friday night in the community, when the gunmen stormed the venue and opened fire on all present.

Their attackers, who were said to be two in number, reportedly operated with a motorcycle.

They were said to have quickly zoomed off after they were done with their distardly mission.

The two persons were confirmed dead while two others who were injured are receiving treatment at the Alex Ekwueme Federal University Teaching Hospital, Abakaliki, the state capital.

Meanwhile, gunmen have attacked and killed one Charles Nwankwo, who is the Commander of Ebubeagu at Ogboji Ward, in the Ezza North Local Government Area, of the state.

The gunmen, according to a source in the area stormed the house of the Ebubeagu Commander at around 1 am, on Saturday, and shot him dead.

The source noted that the gunmen carted away his motorcycle and gun.

The source said, “Charles Nwankwo is Ebubeagu Commander in Ogboji Ward, Ezza North LGA. Gunmen visited him at his home town in Ogboji community and shot him dead, collected his motorcycle and gun and ran away.”

He, however, said he was yet to get full details of both incidents.

The Ebonyi State Police Command was yet to confirm the incidents as of the time of filing this report, on Saturday.

The Command’s spokesperson, SP Chris Anyanwu, neither picked his calls not repled messages sent to his mobile, on Saturday.

READ ALSO:  2023: We Will Continue to be The Determined Factor In Nigeria Election - North

I Don’t Pray To Return To APC As It’s National Chairman...

I Won’t Doze Off Again, I Will Ensure Rapid Economic Growth...