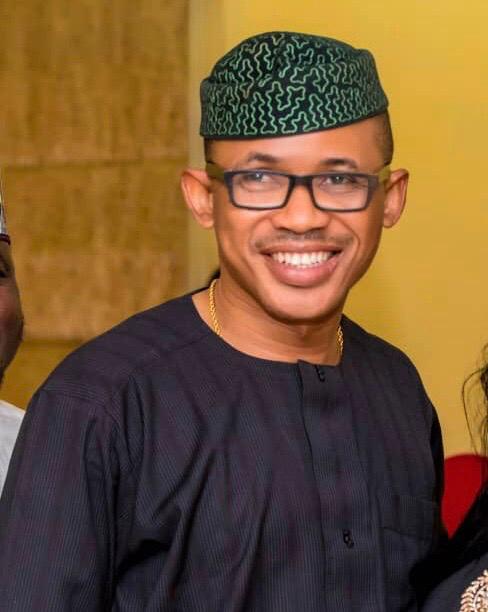 Out of influence, Lord Dr. Olukayode Abraham Ibrahim Ajulo, in his chilhood days vowed to become a lawyer and true to his wish, Kayode has not only become a legal practitioner, but one whose accomplishements have dinstinguished him among his peers at the bar, even as hes fast assuming status of a household barrister.

It is important to note that Ajulo possesses a spirit that harbors disdain for doing things in half measures but religiously holds on to saying that, what is worth doing at all is worth doing well. That explains why he’s passionately committed and gives his all to whatever he sets out to do. His spirit of total commitment and strive for excellence propelled him to the limelight in his early days at the bar, when he stood up for Yoruba by defending OPC Supreme leaders, late Dr Frederick Fasehun and Aare Ona Kakanfo, Iba Gani Adams, against the Federal Government of Nigeria that charged them with treasonable felony.

He has since not looked back, rather, he’s continued to move up the ladder in his chosen career.

That at the fashionable dude, Ajulo, is growing in leaps and bounds, will amount to saying the obvious as has continued to break barriers in the legal profession, thereby soaring in rating and growing in influence. His quest to see that fairness is accorded all and sundry as a right activist, and as his remarkable exploit at the bar, are quite noticeable. Among recent briefs he’s handled that have continued to fetch him accolades, both on the bench and in the general public, is appearing for the National Assembly against the duo of The President, Federal Republic of Nigeria and the Attorney General of the Federation, in the famous political and constitutional case that bothers on legality of Section 84 (12) of the newly signed electoral acts 2022, saving Bamiteko Adeolu, a condemned teenager from death row in Ekiti Division of Court of Appeal, as well as another case of national interest where a record judgment of reversal of final forfeiture was handed in favor of Ajulo’s client, Hima Boubakar, a Nigerien military contractors and arms dealer, to mention a few.

READ ALSO:  No Going Back On Order To Shoot Ballot Box Snatchers - Buhari

Say the 11th Mayegun Aare Ona Kakanfo, Ajulo, is living his dream and you won’t be far from the truth