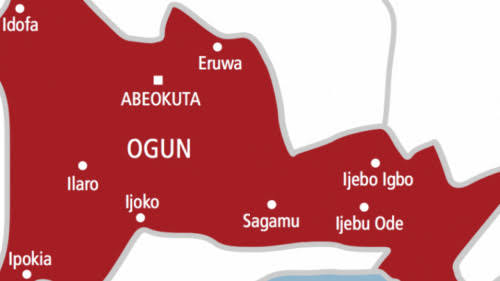 Operatives of the Ogun State Security Network, otherwise known as the Amotekun Corps, have arrested an 18-year-old, Ibrahim Ismaila, for allegedly having sexual intercourse with a goat.

Ismaila was arrested in Ilu-Tuntun Olorunsogo, Ajowa, in Ifo Local Government Area of the state on Friday, June 17.

The state commander of Amotekun, David Akinremi, disclosed this in a statement on Tuesday.

Akinremi said Ismaila was arrested following an alarm raised by one Jimoh Opeyemi, who saw him while he was committing the crime.

The Corps commander noted that Ismaila was among 30 suspects arrested for various offences such as armed robbery, kidnapping, cultism, and fraud in the last two months in the state.

He said, “On the day in question, one Jimoh Opeyemi of Ilu-Tuntun Olorunsogo was going to a building site where he works as an iron-bender when he saw the suspect having canal knowledge of a she-goat.

“He immediately stopped to have a clear view of the scene and subsequently raised alarm which attracted people around the area, including an operative of Amotekun Corps on neighbourhood patrol. Hence, the arrest of the suspect.”

Akinremi added that one Raimi Yusuf was also arrested for allegedly impersonating an Ibadan Electricity Distribution Company official to defraud some unsuspecting public of N1.5 million.

He said the suspect was arrested in Ijebu-Ode area of the state.

According to him, the suspect presented himself to one Olufeyisan Oluwaseun and four others as an employee of IBEDC with a promise to facilitate access to procurement of electric poles and meters from the company.

2019: Ex-US President To Witness Signing Of Peace Accord Between Buhari, Atiku

Why I Relocated To America – Doris Simeon