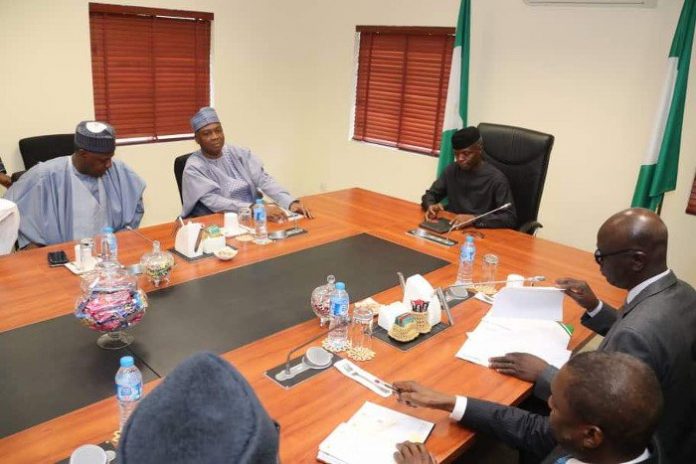 Members of the new Peoples Democratic Party (nPDP) has bragged that the All Progressives Congress (APC) will lose about four million votes if they leave the party. The group made this known when they met Vice President Yemi Osinbajo at the Presidential Villa on Monday.

Some of the ministers were invited to the meeting, including the Minister of Agriculture and Rural Development, Audu Ogbeh and the Minister of Science and Technology, Dr. Ogbonaya Onu. The meeting was reportedly cordial and Osinbajo spoke convincingly with the aggrieved faction.

According to ThisDay, a source said, “The vice-president agreed that among those of them gathered, they represented 12 states, amounting to four million votes, and it was clear that without those gathered, the party cannot win in those states.”