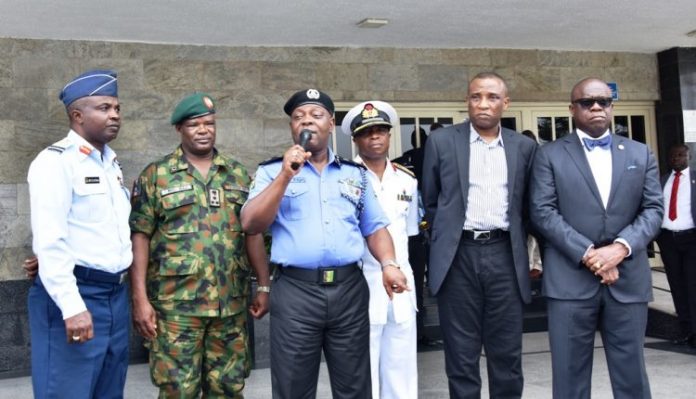 Already, the State’s Attorney General and Commissioner for Justice, Adeniji Kazeem, had at the weekend written to the CP to advise him on the relevant provisions of the law that could guide the ongoing investigation, which would lead to possible prosecution.

The Lagos State Government is perfecting plans to prosecute the owner and driver of the ill-fated fuel tanker, which exploded last Thursday on Otedola Bridge inward Ojodu Berger along Lagos-Ibadan Expressway, the State Commissioner of Police, Edgal Imohimi, said on Monday.

Already, the State’s Attorney General and Commissioner for Justice, Adeniji Kazeem, had at the weekend written to the CP to advice him on the relevant provisions of the law that could guide the ongoing investigation, which would lead to possible prosecution.

Confirming receipt of the letter while briefing Government House Correspondents after the Security Council Meeting chaired by Governor Akinwunmi Ambode, Imohimi said investigations into the incident were ongoing, adding that government would not allow vehicles that pose serious danger to residents on the road.

The police chief, who briefed journalists alongside heads of other security agencies in the State, commiserated with those who lost their loved ones to the tragic incident, while also commending emergency responders who quickly raced to the scene to keep the causality figure low.
Imohimi said: “As regards investigation into the matter, it is in top gear. I have just received a letter from the office of the Attorney General and Commissioner for Justice which stated very clearly charges which we are going to prefer against the driver and the owner of that tanker.

READ ALSO:  Why Edo people Re-Elected me to Serve Them – Obaseki

“Henceforth, we are using this opportunity to call on all tanker drivers, all lorry drivers, all owners of such articulated vehicles to please submit those vehicles for Vehicle Inspection Office test; they must go through the entire hub and get the Ministry of Transportation Certificate of Road Worthiness. We will not allow such vehicles which obviously pose serious danger to other road users on our roads.”

Imohimi said government had already directed security agencies to intensify enforcement of relevant laws, especially the State Traffic Law, with the view to ensuring that the roads and highways in the State were safe for commuters to ply without any danger.

Eid-el-Kabir: Buhari Congratulates Muslims, Reveals Why There Is A High Increase...

Financial Literacy Day: Union Bank Tutors Over 3100 Students Across The...