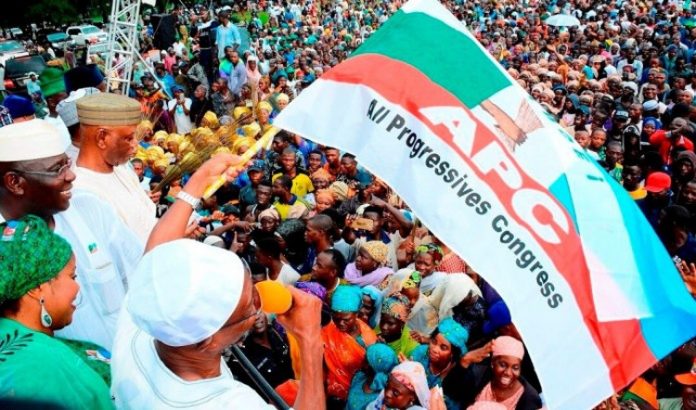 APC Rally
The All Progressives Congress (APC) in Ekiti state has called for an investigation into the shooting that occurred during a rally at its secretariat in Ado-Ekiti on Friday.

A former member of the House of Representatives, Opeyemi Bamidele, and another member of the APC were injured in the incident which was assumed to be an accidental discharge by a police officer.

The APC Chairman in the state, Jide Awe, however, insisted that there was more to the shooting rather than the opinion of accidental discharge held in some quarters.

Awe challenged the police to unravel the circumstances around the alarming development and investigate the alleged possible involvement of the state government.

The APC chairman also alleged, “The state government had been making a lot of uncomplimentary remarks against our party candidate and the planned welcome rally, and they were too quick to react when the shooting occurred, thus, raising suspicion.”

In a swift response to the allegations, the state government dismissed insinuations that it has a hand in the crisis, as claimed by the APC.

Lere Olayinka, who is the media aide to Governor Ayodele Fayose, told Channels Television on Saturday that the party was being consumed by its own violence and desperation.

“We are not involved in violence and thank God the police have come out to say that the officer who shot at the venue was brought from Lagos.

“He was among the armed policemen who came with a member of their party. What is their interest in the election in Ekiti?” the governor’s spokesman queried.

READ ALSO:  Ortom Reveals Why He Is Being Persecuted

How Bandits Kidnapped More Than 100 People in One Day In...

Elections Will Not Hold In Rivers – APC Threatens INEC

Government Money Will Not Be Used For Campaign – Buhari

What FG Must Do To Stop Vote Buying – Former President...