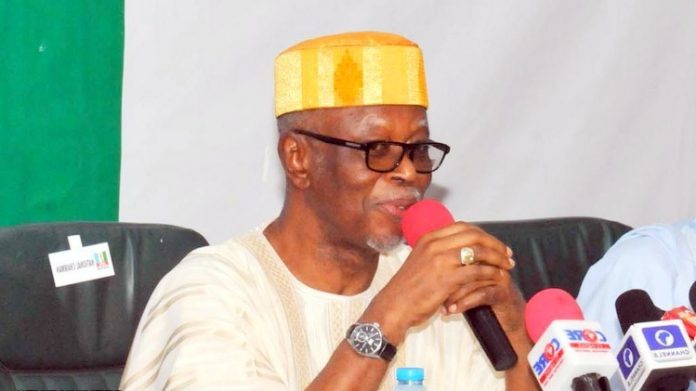 A faction of the All Progressives Congress (APC) in Abia state has threatened the National Chairman of the party, John Odigie-Oyegun, with contempt charges for defying a court order to conduct the state congresses of the party.

The party said that Oyegun had gone ahead to inaugurate Hon Donatus Nwankpa as state chairman instead of obeying a court order.

Prior to the state congresses of APC held across the country last month, an Abia State High Court had sacked the Nwankpa-led executive committee and recognized Dr. Emmanuel Ndukwe as the authentic chairman of the party in Abia.

Addressing reporters in Umuahia, the state capital on Tuesday, the Publicity Secretary of the Ndukwe-led faction, Mike Ozoemena said the faction decided to press contempt charges against Oyegun so as to remind him that the rule of law remains the backbone of a democratic society.

He recalled that a court order issued by an Abia state High Court on March 8, 2018, “restrained Oyegun, Nwankpa and his executives and their agents from organizing any ward, local government or state congresses or primaries of the APC in Abia State.”

He, therefore, expressed disappointment that Oyegun ignored the valid order properly served on him.
Ozoemena said that Oyegun should prove himself as a democrat by obeying the court order and urged him to emulate President Muhammadu Buhari, who has demonstrated his love for democracy and rule of law by recognizing the outcome of June 12 1993 presidential poll.

We Have No Business Connection With Buhari – Keystone Bank

BREAKING: Presiding Officer Runs Away With Election Results In Kaduna

This Nonsense Must Stop: Apostle Suleman’s ‘Wonders Without Number’

Your One Sided Appointments Will Destroy The Country – Umar Warns...