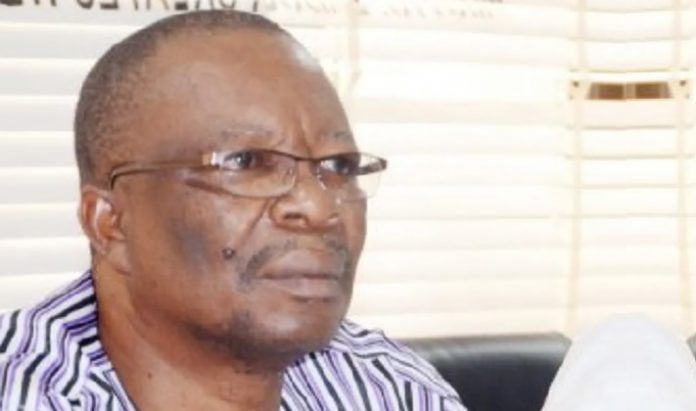 The Federal Government may be charged to court by the Academic Staff Union of Universities over its members’ eight months’ withheld salaries, as reported by Punchng.

ASUU will resort to the court, it was learnt, once the government goes ahead to pay members of the parallel union, the Congress of Nigerian University Academics.

Counsel for ASUU, Femi Falana, disclosed this in an interview with The PUNCH on Monday.

The PUNCH had reported that the FG, through the Office of the Accountant General of the Federation, is set to pay the withheld salaries and allowances of lecturers under the aegis of CONUA.

This was contained in a memo addressed to the President, CONUA, Dr Niyi Sunmonu, by the Director, Integrated Personnel Payroll Information System, Office of the Accountant General of the Federation, Charles Wali.

It was also reported how the government withheld the salaries of Nigerian lecturers during the eight-month strike by ASUU.

During the strike, the government also registered CONUA as a trade union.

In an earlier interview, Sunmonu had said that members of his union did not embark on strike and hence should not have their salaries withheld.

When asked for his reaction to the plan by the FG to pay CONUA members and leave out ASUU, Falana said, “We want them to pay the (CONUA) money. That is why we have not reacted.

“That (the payment) will form the legal basis for the government to now pay ASUU. We will now have the legal grounds to challenge them in a court of law. Through that, ASUU will be paid. They won’t have a choice. Let them go ahead.”

The National President of ASUU, Prof Emmanuel Osodeke, could not be reached for comment at the time of filing this report.

Meanwhile, the Joint Action Committee of the Senior Staff Association of Nigerian Universities and Non-Academic Staff of Educational and Associated Institutions said the government has no justification to withhold members’ salaries and pay CONUA.

SSANU’s National President, Mr Ibrahim Mohammed, who spoke on behalf of the two groups, in an interview with one of our correspondents, said, “The idea of separating some groups is not welcome. We are all working in the same place. The strike was a result of negotiations and renegotiations. No union should be held responsible for strike actions. We went on strike because the government failed to fulfil all agreements signed with them 12 years ago.

“The same law says workers are free to go on strike if they go through due process, so there is no justification for not paying our members. Our members are not happy about our four months’ salaries being withheld. It was forced on us. One of the legal ways to protest was to go on strike. We have told the government to passionately look at the situation in the country. We have had our members suffer and they found it difficult to pay school fees to meet some family demands.

“Withholding the money dealt serious blows to the members of the university community, especially SSANU. We will not support any disparity. Government should pay money to all workers of the University unions. The government has no justification to withhold our money they should do the needful. ”

READ ALSO:  Nigeria lost a medical doctor to COVID-19 as case rises above 400

I am Seriously Considering Running Against President Buhari In 2019 -Bukola...

It Takes An Extraordinary Man Like Governor Ugwuanyi to Revolutionize I.M.T...