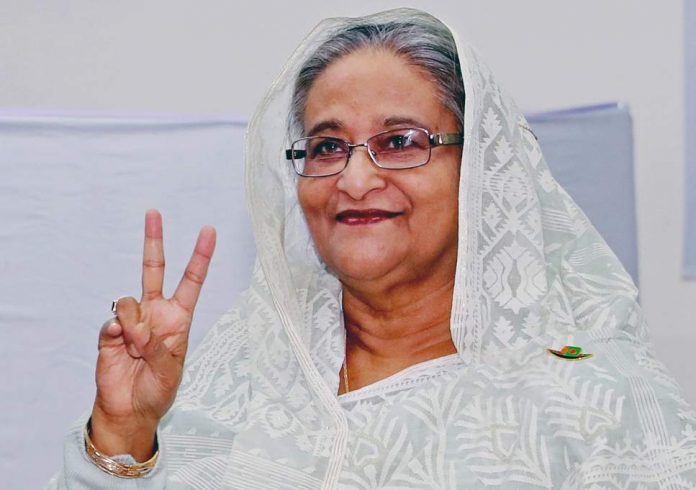 Bangladesh Prime Minister Sheikh Hasina has won a third straight term, sealing a landslide with almost all the seats in parliament, officials said on Monday.

Reacting to her victory, the opposition has rejected the result claiming vote-rigging and called for a fresh election.

Hasina’s win in Sunday’s general election follows a decade in power in which she has been credited with improving the economy and promoting development, while being accused of rights abuses, a crackdown on media and suppressing dissent.

The government rejects those accusations.

An alliance led by Hasina’s Awami League won 287 of the 298 seats for which results have been declared, the Election Commission said, though it added it was investigating allegations of vote rigging from “across the country”.

The main opposition Bangladesh Nationalist Party (BNP), which had boycotted the last general election in 2014 saying it would not be fair, won just six seats this time.

BNP leader Khaleda Zia – Hasina’s arch rival and a former prime minister – was jailed in February on corruption charges she says were politically motivated. This was the first election in which the BNP campaigned without her.

The rivalry between the two women – both related to former leaders – has largely defined Bangladeshi politics for decades.

Raising minimum wages for workers in Bangladesh’s robust garments industry, the world’s second-biggest after China’s could be one of Hasina’s first tasks, party leaders have said.

Hasina and opposition parties were due to hold separate news conferences on Monday.

READ ALSO:  Trump Slams Bush for Failing to Support him During Impeachment

JUST IN: US President, Joe Biden Tests Positive For Covid-19

Mother, Son In Arrested For Beating Father To Death

Banky W Vows To Send Woman To Jail, For Accusing Him Of Collecting N57m...