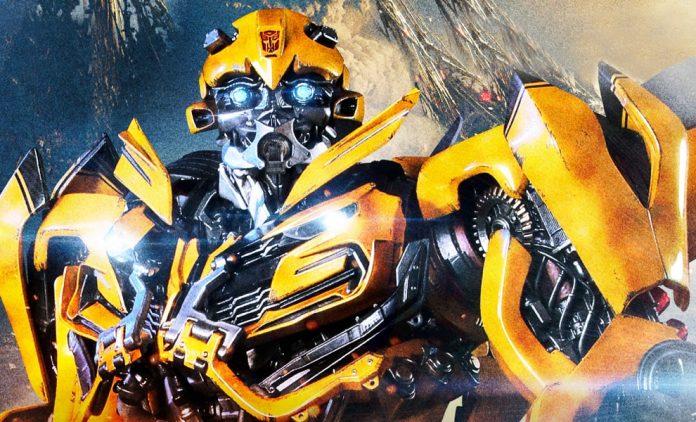 Depending on how one looks at it, Bumblebee is either a Transformers prequel or a spinoff.

The one thing everyone can agree on though is that Bumblebee is the soft reboot the Transformers franchise has needed for at least a decade. For the first time in the franchise, Michael Bay is not taking on director duties and while his absence suggests that maybe he has been the problem with the franchise all these years, he retains producer credits, alongside Steven Spielberg.

Director Travis Knight (Kubo and the Two Strings), making his live action debut, injects Bumblebee with large doses of heart, and excitement, two elements that had been missing from several of Bay’s noisy, contraptions. Bumblebee is still about the machines, (Decepticons vs Autobots) and there are enough fight scenes to satisfy the comic geeks and the teenagers but this is no soul-dead clash of the machines.

Thanks to the breezy, nostalgic screenplay by Christina Hodson, and Knight’s light handed take on the material, Bumblebee comes off as a joyride, sure to satisfy hardcore fans and win over new ones. In summary, Bumblebee is a film for those who never thought they would enjoy another Transformers film.

Bumblebee starts out the only befitting way, with a bang. On planet Cybertron, the Autobots appear to be losing the Transformers civil war to the Decepticons. Optimus Prime dispatches a young scout, B-127, to Earth to set up a base of operations. B-127 reaches Earth alone in 1987, crash-landing in California. After barely surviving a nasty fight, B-127 transforms into a yellow Volkswagen beetle and is discovered by Charlie Watson (Hailee Steinfield), a troubled teenager passing through some growing pains of her own.

READ ALSO:  Most Entertainers Have Lost Their Calling For Glamour - Yinka Davies

Adept with machines, Charlie manipulates B-129 till he is useful again and renames him Bumblebee, on account of the weird buzzing noise his broken voice box emits. The two form a strong bond that is threatened not only by the wave of Decepticons arriving earth to finish off the Autobots, but also Sector 7, a secret government agency monitoring extraterrestrial activity on Earth led by John Cena’s Agent Burns.

The casting of Oscar nominee Hailee Steinfield (True Grit) as the disaffected teenager mourning her late father and resentful of her mother for moving on with her life isn’t wasted. Steinfield brings a genuine warmth to the screen that Knight takes advantage of dwelling on this teenage angst that she so calmly portrays, allowing his film to play out as a sweet coming of age story involving both man and machine.

Obviously a throwback to classics like E.T, Bumblebee may not have the complexity of a big ideas movie, but that isn’t what is in play here. Knight’s film is a decent, utterly enjoyable throwback that features plenty eighties nostalgia in the form of pop music and pop culture references.

Bumblebee on earth is full of childlike wonder, as he discovers the ways of the world and so is Knight’s film which although has moments where it lifts directly from Bay’s profitable template- cheesy moments, car chases, noisy violence- retains a sense of newness and freshness that makes it just ripe for the holiday season.

For fans -and critics- who imagined a Transformers movie where the plot is coherent for a change, actors are lively and non-wooden, robots feel like characters and not just wondrous CG creations and the action scenes are edited and presented clearly enough to follow, Bumblebee is the film they have been waiting for.

Identity Of Nigerian Involved In the Ethiopian Plane Crash Revealed

Singer, Oritse Femi Reveals What Married Celebrities Must Not Allow Into...

The Type Of Men I Consider Broke – Toke Makinwa