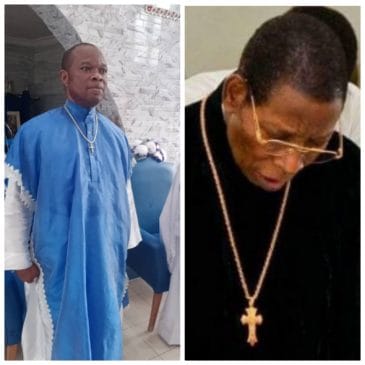 A petition has been signed by the families of Pioneer Shepherd Late Prophet Ogunorunlayede, of Celestial Church of Christ, Calvary Parish, and the founding fathers against Rev EMF and his team, over what has been described as divide and rule style of leadership, that had plunged the Parish into discord.

There will be serious legal implications if the latter fails to comply with the court orders as the descendants of the founding fathers of the Parish have unanimously signed a memo to retain the Parish’s culture.

Members home and abroad who have signed to withdraw from Ketu among others include Sodolamus, Elders, Choir Members, Women’s Committee, and Men’s Committee.

The unanimous adoption of these bodies is for the return of the Calvary parish’s culture, which kept her unified and in accord for 11 months, since the passing of the pioneer shepherd, before the interference of Ketu-Led Rev EMF Oshoffa, and his divide and rule style of leadership.

The signatories to the petition have resolved that the church henceforth, ceases to be under the authority of Ketu until peace returns to the global CCC.

Observing further the outcome of the peace meeting between the Pastor, Rev. EMF Oshoffa and members of the Parish Council of Elders, the former members of the Parish Caretaker Committee and the Shepherd-in-Charge, Prophet K.S. Adeyinka on the 26th of April, 2022 at Olowora, Ikeja, Lagos where it was resoundingly noted and acknowledged by all present that hitherto, Calvary Parish 1 has enjoyed unprecedented tranquillity and progress even upon the demise of the pioneer Shepherd, Sup. Evang. Joshua Akande Ogunorunlayede, J.P. in 2014, when the Parish Council of Elders who has been working in consonance with him for over three decades immediately took over the running of the Parish for Eleven (11) months before the advent of the first transferred Shepherd to the Parish from the Headquarters.

Noting further that at the outcome of the peace meeting of 26th of April, 2022 at Olowora, Ikeja Lagos. The Shepherd-in-Charge, Pro. K.S. Adeyinka was given Six (6) months by Pastor EMF Oshoffa to reorganise and bring about lasting peace in the Parish.

Get Involve In Only Profitable Ventures – Ondo State Deputy Governor,...

COVID-19: Why Buhari Removed His Face Mask in Public in Daura...