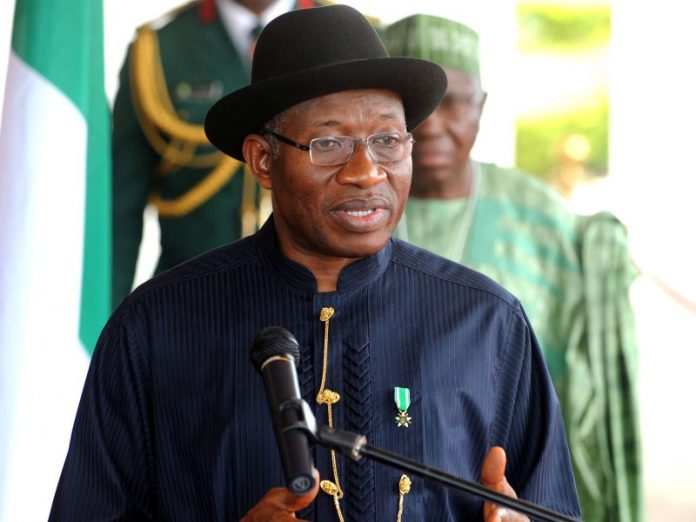 Former Nigeria President Goodluck Jonathan has berated the deputy governorship candidate of the All Progressive Congress (APC) in Lagos state, Obafemi Hamzat, after the latter claimed he rejected $5 Million bribe offered by the former.

Zebra News had reported earlier that Hamzat, who spoke at the launch of Sanwo-Olu and Hamzat Advocates at Fidimaye Hall, Oko-Oba, Abule-Egba, Lagos, over the weekend, said the huge bribe was refused because he was thinking about the future and never wanted to tarnish his image.

Reacting in a statement issued by his Media Aide, Ikechukwu Eze, on Sunday in Abuja, Nigeria’s capital, Jonathan said Hamzat was unknown to him.

“In the first place this character is an obscure individual who in 2015 had neither a recognizable name nor political clout,” Eze said on behalf of the former President.

The statement reads: “There is no better way to respond to this frivolous claim than to quickly dismiss it as a blatant lie apparently concocted by a wannabe politician desperate for votes in a campaign season.

“The point has to be clearly made that former President Jonathan has never met this man who was obviously not relevant in the national politics of 2015, let alone seek to offer him bribe.

“If the former President did not offer anyone bribe, having clearly acquitted himself as a man who does not believe in desperate politics, how on earth could he have sought to compromise an individual he didn’t even know and who obviously had no means of helping him politically?

“Assuming anybody had $5 million dollars to spend to better his political fortune as Mr Hamzat claimed, why seek to waste it on a man who was just a commissioner prior to 2015, and whose best outing so far is to function as a hand-picked running mate to a governorship candidate in the forthcoming 2019 elections?

“His is obviously the antics of a desperate and dishonest politician seeking to apply subterfuge and outright lies, believing that such could boost his lowly image, win him public sympathy and possibly, votes.

“It is the action of people like Hamzat that conjures up in the minds of Nigerians the Biblical ‘Mark of the Beast’ to the effect that to be accepted in his party, one must be adept at telling lies.

“If this is how Mr. Hamzat wishes to anchor his own political doctrine on lies and name dropping, he should be reminded that those who follow this route do not go far either in politics or personal growth.

“This definitely should not be the character and colour of a person who wants to become a governor or deputy governor of a state, lest we lose all hope in the expectation that we have all it takes to rescue our country from the bleak future that stares it in the face.

“What we know about liars is that they always leave a loose end which readily exposes them for who they are. Otherwise, Mr. Hamzat should have been bold enough to tell Nigerians where the money was presented to him and in whose presence the offer was made.

“We have always made the point that there should be a limit to these lies if we must make progress as a democratic nation.

“Nigerians are not fools. It is high time those in positions of responsibility stopped running this country on lies.”